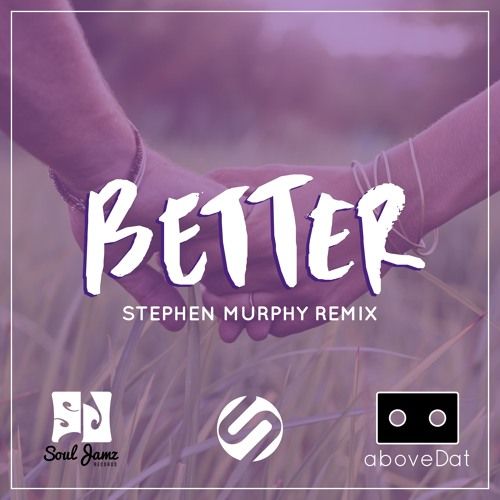 One of Irelands most in demand producers and DJ's, Stephen Murphy’s funky club remixes are clocking up millions of views on youtube and he provides "Better" by aboveDat with some extra party club flavour. His remix is an absolute guaranteed party starter.

The pair’s polished production is complemented by a silky smooth bassline rising and falling with chopped and sliced vocals. Offering a sentiment that many of us can relate to at the moment, ‘Better’ promises to make things better –  nobody’s quite sure how but the dancefloor would be a good place to start.

Meanwhile, the aboveDat remix of Shaun Escoffery’s Ain’t No Time has been a regular fixture with MistaJam on BBC Radio 1xtra.