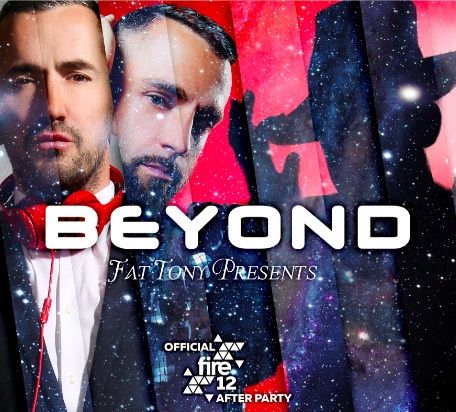 Beyond resident and legendary London DJ takes over Ministry of Sound’s main room, The Box, with a ‘Fat Tony Presents…’ house music showcase.

Heading up the bill will be Fat Tony, who is also one half of DJ duo FAT MOSS alongside Kate Moss. He will be joined by renowned DJ and producer Tom Stephan, who has worked with S-Man, Laidback Luke and Danny Tenaglia, and a very special secret guest, who due to work commitments will need to remain unannounced. All we can say is that this cultural icon played Beyond in similar fashion in the summer of 2014 to a capacity crowd and this appearance should prove no less impressive. The DJ in question has rocked stages around the world for decades to massive critical acclaim both in pop and electronic music, and he is sure to rock it out again at Beyond.

103 sees Harper & Londt return alongside D’Johnny as they take things a little deeper with their unique style of cutting-edge house music. Hifi Sean plays an intimate set in the Loft from 5:30am.

As well as the outstanding production values Beyond is known for, there will be burlesque and dance performances by Society & Co, infamously known for their risque shows at The Box, Soho.

Beyond has revolutionised afterhours parties in London. A space where clubbers go to be themselves, the weekly party attracts a melting pot of colourful characters of all sexual orientations. With production levels and performers that rival any Friday or Saturday night event in Europe, Beyond destroys the stereotype of after hours parties being dark, foreboding spaces. Now at its new home, Ministry of Sound, Beyond attracts a weekly capacity crowd, drawn by a gang of resident and guest DJs, with the occasional big name playing a surprise set after their Saturday gig has finished elsewhere.