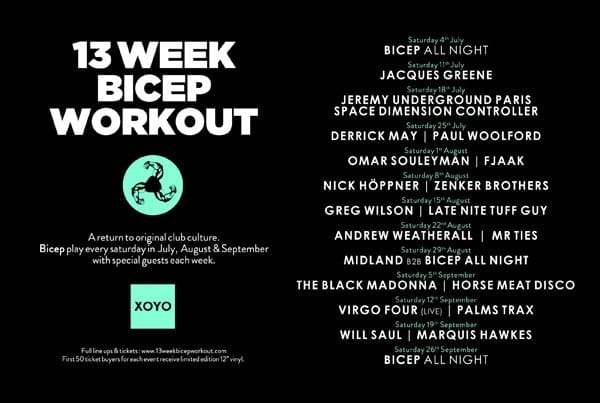 Playing every Saturday in July, August and September, XOYO are proud to announce Bicep will become the club’s third quarter residents of 2015.

Reflecting Bicep’s wide-ranging tastes and passions, the pair have created a series which features talent from across the spectrum.

To commemorate what’s set to be an unmissable 3-months worth of parties, we’ve teamed up with Bicep to release a special edition 12” vinyl for the series.

Pressed to the record comes a mix from the pair inspired by the guests of their residency. With a limited run of 1500, copies will be given to the first 50 advance ticket-holders of each event.