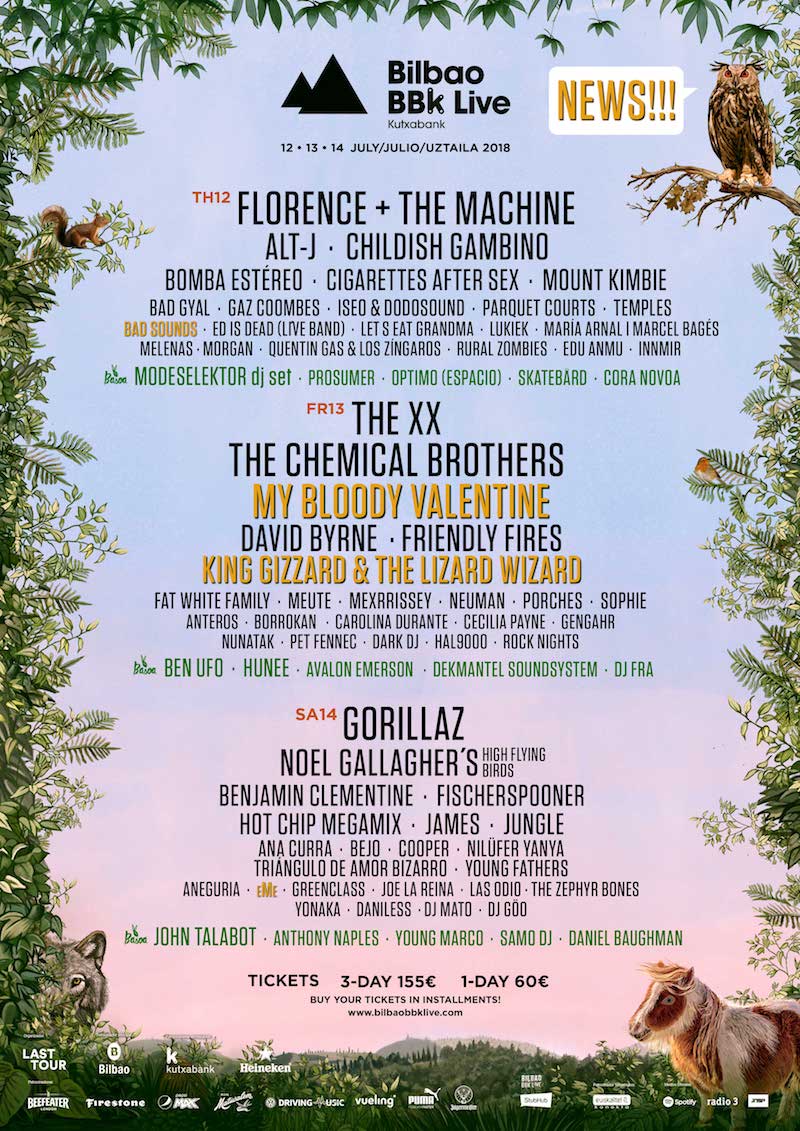 Having announced its impressive 2018 line-up in full just a couple of months ago, Bilbao BBK Live today reveals a big surprise for festivalgoers, with an unexpected wave of new artists added to the bill. My Bloody Valentine, King Gizzard & The Lizard Wizard, Bad Sounds and eMe join the line-up for this year’s edition, which takes place from 12-14 July 2018 on Bilbao’s Kobetamendi Mountain in the heart of the Basque Country.

The iconic and inimitable My Bloody Valentine will perform at Bilbao BBK Live. Formed in 1983, their albums ‘Isn't Anything’ and ‘Loveless’ are considered some of the most influential rock albums of all time. 2018 marks the start of the next chapter in the band's journey and fans at Bilbao BBK Live can look forward to a mesmerising show of classics and new music featuring all of the original band members.

Psychedelic rock band King Gizzard & The Lizard Wizard also join the bill. The Melbourne seven-piece proved themselves to be amongst the most prolific music makers of 2017, releasing not one but five albums in one year. Known for their energetic and powerful live performances their show at Bilbao BBK Live is one to watch.

British quintet Bad Sounds, led by brothers Ewan and Callum Merrett, will arrive at Kobetamendi with a live performance that showcases their unique, genre-blending sound. And finally, synth pop trio eMe, one of the rising stars of the Basque music scene complete today’s new additions.

Bilbao BBK Live promotes sustainability and offers mouth-watering food and drink as well as live art installations around the site, all of which make it a perfect place to immerse yourself, escape everyday life and get lost in music and culture with thousands of like-minded people.

With the festival taking place just moments from the city, there is plenty to explore before the music starts each day. Take a trip into culture-rich Bilbao to wander the winding streets of the old town, devour delicious pintxos, sample the famous michelin-starred Basque gastronomy scene, visit the impressive galleries and museums including the imposing Guggenheim, or soak up some sun on the beach.