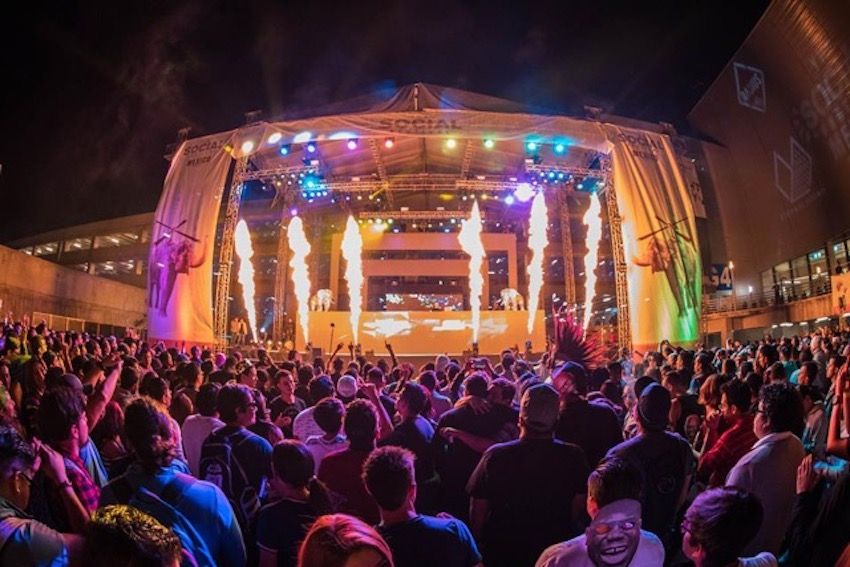 The Social Festival Mexico now reveals the full line-up for 2018’s mammoth event on Friday 28th and Saturday 29th April 2018. It takes place at Deportivo Lomas Atlas, a famous open air sports facility with breathtaking mountains in the background and hot sun beaming down on the whole area. Headlining will be Social main man Nic Fanciulli as well as stars from the global house and techno scene including Sasha, Guy Gerber, Skream, Âme, Ben Klock and Rødhåd, Carl Craig, Pete Tong, The Black Madonna and many more.

The festival takes place at a stunning sports facility that was inaugurated in 1938 and across its 56 hectares it has a shooting stand and equestrian and sports areas, as well as being known for hosting many events including the Equestrian World Championship and some of the best music festivals.

This festival comes from Nic Fanciulli, who is boss of the Saved label and a global tech house innovator. Its sister festival in the UK is one of the most respected in Europe and the Mexican event shares plenty of the same ideals and values, making it one of the flagship festivals of the year.

As well as a headline set from Nic, he will be joined by some of his close friends, including the likes of the legendary Sasha, Rumors boss Guy Gerber, party starter Skream, techno heavyweights Ben Klock and Rødhåd and Detroit stars Carl Craig and Jimmy Edgar. Also playing are BBC Radio one host Pete Tong, lady of the moment The Black Madonna, Ovum boss Josh Wink, deep house heroes Âme, Dc10 resident Davide Squillace, Life And Death’s ThugFucker, Cocoon’s wAFF and Mobilee label boss Anja Schneider amongst many others.

The combination of the on point line-up, special venue, guaranteed Latin American weather and most importantly the fans of The Social Festival Mexico is a recipe for a truly memorable musical experience.