Billain Returns with his ode to Anime Evangelion

Billain Returns with his ode to Anime Evangelion

‘Third Impact’ is an ode to the work of Hideaki Anno and his renowned anime series ‘Neon Genesis Evangelion’, following the success of his debut LP ‘Nomad’s Revenge’ on Renraku in the latter half of 2019. Channelling the same depth which features throughout the series sound design and compositions, Billain’s homage builds around the vocals of the late singer Eri Kawai, the artist behind its theme ‘A Cruel Angel’s Thesis’. The sound design which moves around the acapella helps give birth to the ever morphing, captivating world and realities of the anime, although this time through Billain’s lens.

The record features Billain’s ‘cyber neuro’ signature, something which he’s become a cult figure for throughout drum & bass and the wider electronic music world. His art is without restrictions, with his own sub-genre allowing him to cross boundaries with sophistication and intelligence. It also encourages younger experimentalists, showing that there’s a home for them too, and just like Billain, they can step outside of the accepted paradigm.

After already showing tributes to motion pictures of a similar theme, which began with his remix of Asa & Sorrow’s ‘Testsuo’s Redemption’ in 2016, as well as his 2017 ‘Ghost in the Shell homage 2501’ under his other pseudonym Aethek, it once again highlights his influences, which has enabled him to move from the prototype of what it means to be an artist in 2020. 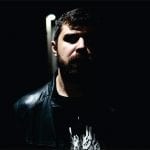