Black Coffee, DJ Angelo and Jinadu have unveiled the official video for their collaborative single ‘Lost’, out 25th February.

Directed by esteemed Parisian filmmaker Laura Marciano, the official video for ‘Lost’ is a thought-provoking critique of life in lockdown. Illustrating the harrowing effects this solitary lifestyle has on our children, the striking visuals are a perfect match for the melodic, emotion-tinged vibes of the track itself.

“We wanted the music video for ‘Lost’ to be as visually evocative of the song as possible,” Black Coffee explains. “Something thought provoking that would urge the viewer to contemplate current circumstances across the globe but also convey the song simply but beautifully.”

The track is taken from Subconsciously, Black Coffee’s star-studded recent album, which features collaborations with the likes of Pharrell Williams, Cassie, Diplo and Usher. Pitchfork describe how the acclaimed LP sees the Durban-born artist “broadens his sound and his global reach”, describing his “moody grooves” as “reliably rewarding”.

Establishing himself as one of the biggest stars of the global electronic music scene, Black Coffee’s diverse production style has gained him recognition across the world. His penchant for production and vast musical knowledge jump-started the South African DJ scene and brought his cultural perspective to clubs and festivals around the globe. After releasing his multi-award winning debut album Pieces Of Me, his profile continued to grow as he found himself collaborating with the likes of Drake, Alicia Keys and David Guetta. Over the years, Black Coffee has also asserted himself as a proud philanthropist and businessman, recently sharing his Africa Is Not A Jungle initiative on The Daily Show with Trevor Noah.

Greece-born, DJ Angelo’s first ever encounter with dance music and DJing took place at his uncle’s discotheque. He was barely five-years-old at the time. Fast-forward to the modern-day and the Greek artist is now a regular at some of the world’s best clubs, including Hi Ibiza, Scorpios and VOID Mykonos. If this wasn’t enough, he has released tracks on Toolroom, Saved Records and many more esteemed labels.

With influences stemming from his Anglo-African background and early classical piano training, Jinadu’s singing, songwriting and production are bringing a new flavour to modern pop music. He has released several singles and collaborated with numerous artists, including Kirk Degiorgio/As One, Jimpster, Si Begg (SI Futures), Ad Bourke and Domu to name a few.

Eye-catching and poignant, the official video for ‘Lost’ centres around the everyday struggles of life in lockdown and ideally complements the energy of the track. 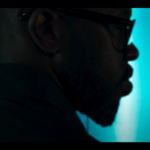