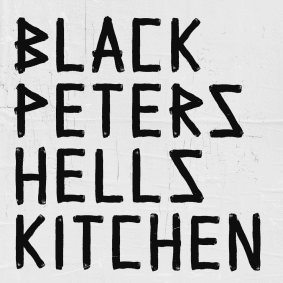 New York-via-Berlin DJ and producer Tom Peters, aka Black Peters, has been steadily crafting his sound over the past few years since the first glimpse of the alias arose in early 2017 on Tale Of Us’ Afterlife Records. With further releases via Pan-Pot’s Second State and Fur Coat’s Oddity Records, plus a remix for DJ Hell on International Deejay Gigolo last year, 2019 signals the arrival of a new project in the form of his Black Peters imprint, establishing a platform to enable both artistic direction across his own techno productions but to also welcome new collaborators into the fold with own ‘Hells Kitchen’ EP set to launch the label this June.

‘Lust’ opens the EP with slick metallic percussion and subtle yet infectious evolving melodies before introducing resonant kicks to set the tone, whilst the B-side and title cut ‘Hells Kitchen’ snakes through the corners of Peters’ sound, introducing a gritty lead and resonant synth lines guided by refined and precise drum shots to punctuate the package.