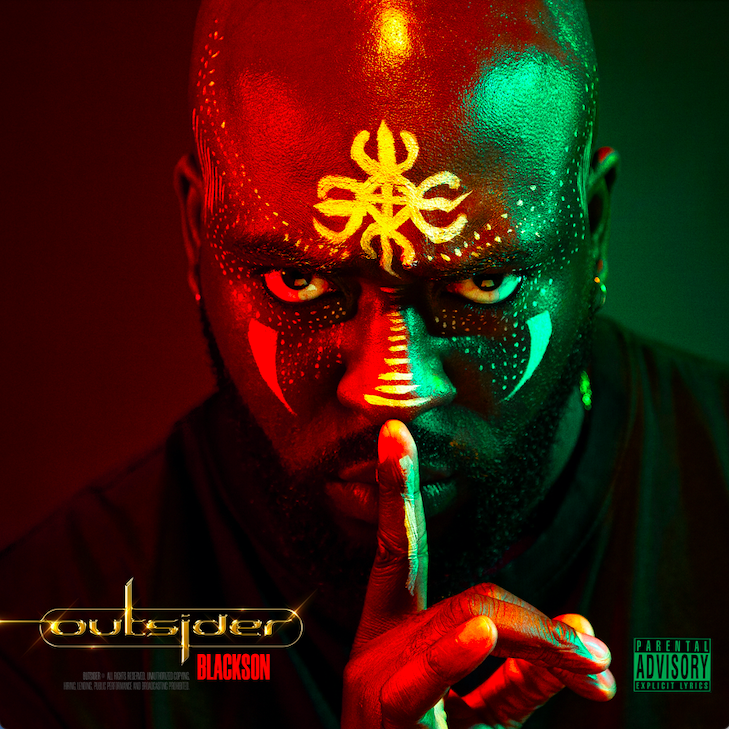 by ihouseuadmin
0 comments
The world as we know it today is a smaller place than ever before. Culturally more fluid than known in history and a flamboyant mix of nations as we travel to new places, Blackson takes an introspective look at where he fits in the world with his 13-track album ‘Outsider’, which is out now.
Italian born and raised, Ghanaian by heritage, artistically maturing in London and now residing in the northern city of Leeds, UK, Blackson is a rapper of notable distinction. Rich in cultural experience, multilingual and rooted to his own journey, he goes against the grain of the stereotypes of a grime MC, trapstar or afrobeats artist and instead takes influence from all lanes then mixes them with his own authenticity.
The concept of the project is contained in the single ‘Outsider’ where Blackson vulnerably explores the sense of not belonging to his birth country of Italy, or equally his homeland Ghana, but reaffirms and supports his Africanity with great pride. Rapping in Italian, he delves into his experience as a black boy who tries to establish himself in a different world, which sometimes finds it hard to accept diversity. The album cover equally depicts the face of a strong black Italian man with a cultural Ghanian face painting, that houses the Adinkra symbol of Siamese crocodiles, which means “union in diversity”.
Earlier in the album ‘La Fame’ hears Blackson empathize with Italian people who have experienced his own struggle and his own effort in trying to establish himself as a man and an artist. As you travel through the album Blackson effortlessly glides between language, tempo and style – all of which outline who he is. From letting off scattergun grime flows on opening track ‘B to the N’ to more melodic, afrobeats influence of ‘Non Perdo’ and the driller influence of ‘Leeds to Verona’.
‘Outsider’ is the culmination of Blackson’s experience as an artist. Passionate about rap and Hip Hop from his youth, he began to participate in Hip Hop Jams and freestyle cyphers in Italy, where he discovered a talent for ‘top of the head’ freestyling. Coming second in the Valpolicella Sound Park freestyle contest, clashing with Dank MC, one of the greatest contenders of rap battles in Italy, he continued to build a solid status as one of Italy’s top freestyle rappers and battle MC’s, performing at notable events including ‘King of the Ring’ and ‘Tecniche Perfette’ before winning and positioning himself in the most prestigious contests including Torino’s ‘Ground Zero’, ‘Tecniche Perfette’ and the ‘Honiro freestyle Battle’. His status then opened the door for appearances on ‘MTV Spit’, conducted by ‘Marracash’ before releasing his debut solo EP ‘Halfa’.
Following his relocation to the UK, Blackson started to build his international profile and single ‘Never Back Down’ was supported by prestigious station BBC Radio 1Xtra Takeover. Continuing to build his diverse and international music collection, he followed up with ‘Black Russian’ featuring Rome’s urban legend Amir Issa and most recently the track ‘DNA’ in collaboration with Francesco Grassi’s LOVE UNIVERSITY RECORDS, label of the Italian queen of Reggae Mama Marjas. 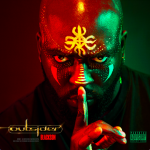