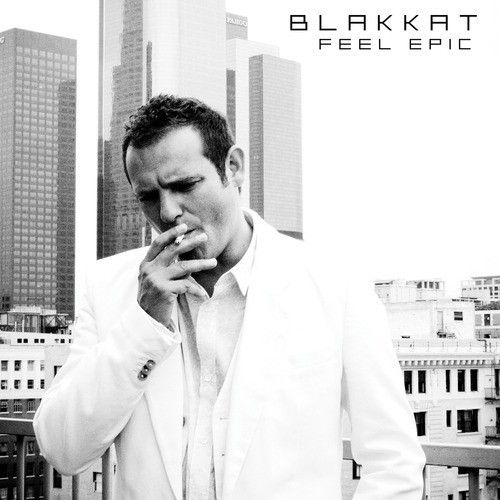 Los Angeles-based, Mark Bell, aka Blakkat, has moved through the music world applying his golden touch to many surfaces, from a life with the major labels as an original member of multi-platinum selling Mercury Prize winners, M People, to the finest in underground house when he produced the massive “Tweek & Roll” with Josh Wink  – or as a featured vocalist for King Britt’s Sylk 130 and Funk D’ Void.

Continuing to put out quality material, today’s label bosses frequently turn to Blakkat for dance floor killers, with his tracks remixed by today’s hottest underground names, such asKINK, Agnes, Pepe Braddock, Safeword, Pirupa and Manuel Tur. Add this to a CV that already includes the celebrated results of studio sessions with Felix da Housecat, Josh Wink, DJ Sneak and Marshall Jefferson, while Chez Damier, Zero 7, Jamiroqui, Wyclef Jean, New Order, A Tribe Called Quest, and The Jungle Brothershave all received his remix treatment, Blakkat productions have been remixed by dance music royalty such as David Morales, Basement Jaxx, Isloee, Todd Terry, Steve Bug and Armand Van Helden. Balancing this output with his own projects, Mark runs his own label, Shaboom,
as an outlet for his own talents.

It is Mark’s ability to turn in classically influenced modern house that distinguishes a Blakkat jam. Whether it be raw Chicago acid or smooth New York deepness, his assured productions guarantees Mark’s tracks will move a room. The timeless quality of his work is evident in all he does, with his DJ sets referencing the past 25 years of house music with a modern, infectious twist. Working on the floor of the world’s hottest clubs. Whether as a DJ or live act, he’s headlined such legendary venues as PSI in New York and Fabric Room 1 in London.

As original member of multi-platinum selling Mercury Prizewinners M People, Mark Bell, in a class of his own, continuing to push the envelope by working with artists and restructuring their sound that is unique and specific to them while keeping true to his dance roots. Currently working on new studio projects with Douglas McCarthy of Nitzer Ebb, H Foundtation, Leigh de Vries, Doc Martin, DJ Sneak, King Britt, (a)pendice.shuffle and the Godfather of main stage EDM Felix DA HOUSECAT.