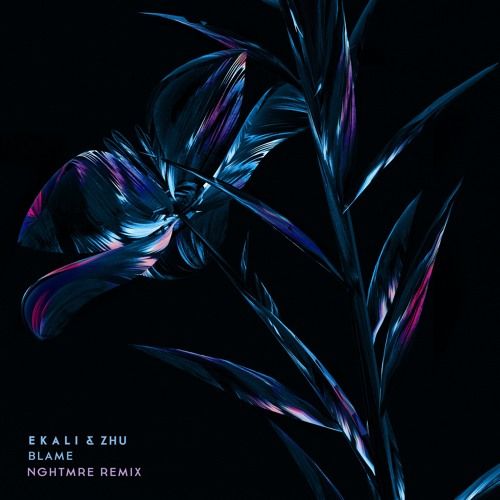 Ekali and ZHU's bold collaboration "Blame" receives a hard-hitting remix by none other than NGHTMRE, the notorious maestro behind recently released anthems like "Another Dimension" (with Dillon Francis) "TTM" (with PnB Rock & Wiz Khalifa)" and rap & soul-infused "No Coming Down" (featuring Alex Wiley & Sky Montique). NGHTMRE preserves the original's scintillating melodies and ZHU's velvety vocals, but amps the track up with a percussive crescendo that finishes with reverberating basslines and soul-shaking synths. The remix is the menacing, shadowy cousin of the original track, more suited to the club or head-banging in the festival circuit. NGHTMRE is preparing for his and SLANDER's sold out "Gud Vibrations" Boat Party during this year's Miami Music Week on March 22nd, where he and SLANDER join forces with Krane, Dombresky, Rickyxsan, Wavedash, 1080P and Ekali himself – so you can expect to hear the "Blame" remix rocking the event.

NGHTMRE has taken his spot as one of the leading bass producers in the scene through his meticulously earth-shattering productions and equally electrifying live performances. He has been ubiquitous for the past several years through a slew of successful releases. From 2015's instant hit "Gud Vibrations" to his recent "Another Dimension" collaboration with Dillon Francis. NGHTMRE's packed tour schedule has included Lollapalooza, Coachella, EDC Las Vegas, Creamfields and his own "Gud Vibrations" Festival in SoCal with SLANDER. NGHTMRE's remix of "Blame" sets the tone for this year's upcoming festival season, and it's bound to be another insane ride. Keep up with NGHTMRE to see where you can catch him this spring and summer!