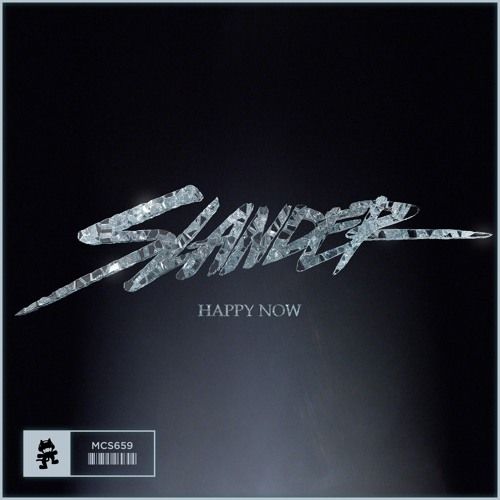 SLANDER is notorious for creating hard bass music, but they show a fraction of their sensitive side on "Happy Now," their newest release on Monstercat. "Happy Now" is a bittersweet, nostalgic ode to the blissful times of a broken relationship; SLANDER embodies the feeling of wistfulness with cinematic basslines and airy melodies that complement its overall emotive tone. Basshead fans will still dig the sheer power of the track while its gentler construction may gain some new fans for the successful duo. On "Happy Now" and their prior release "I Can't Escape," (in collaboration with SAYMYNAME) SLANDER have been experimenting with different sounds, proving their ability to metamorphosize while still maintaining their authentic sound. For a chance to hear "Happy Now" and more party-starting beats live, catch SLANDER on tour at slanderofficial.com/tour as well as at Gud Vibrations Boat Party during Miami Music Week on March 22.

SLANDER first made waves in the scene when they debuted their remix of Showtek's "We Like to Party" in 2014, coining their "heaven trap" sound, a blend of trance and trap. However, SLANDER has proven they are capable of so much more than remixes and a singular genre. In 2017, the duo has been making waves with their original productions and an evolved sound, as evidenced on "Superhuman" featuring Eric Leva, "We Out" with Danish producer Stoltenhoffand their rendition of Major Lazer's "Know No Better" on Mad Decent. Their ability to produce both bass-heavy headbangers and emotionally stirring melodies distinguishes them as talented, multifaceted producers, not to mention their insane stage presence. SLANDER just wrapped up their worldwide Superhuman tour and has been back in the studio making more fire music featuring all-star collaborations, like recently released "I Can't Escape" with SAYMYNAME. This is only the beginning of what SLANDER has planned for 2018, so stay tuned to see what they have up their sleeve next.