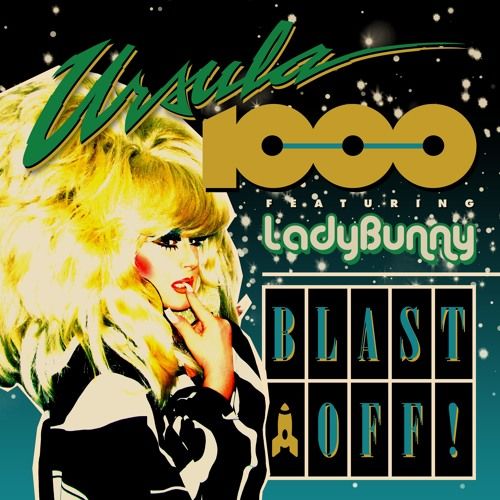 “Blast Off!” is the third single taken from Ursula 1000’s fab new album Voyeur. Featuring the legendary New York City drag queen Lady Bunny, this energetic disco monster sounds like Sylvester and Patrick Cowley having with New Order in outer space. As with any good dance floor focused single, there’s a bevy of hot shot remixes on hand for a variety of discerning DJs. Vanilla Ace takes “Blast Off!” to peak time G-house territory while Eli Escobar dubs out some serious deep garage heat. Endless Summer, the new collaboration of Sleazy McQueen and Obas, go dark and hypnotic with their Arp-driven, basement-targeted version. Brooklyn’s KLM also dips into garage terrain but with some heavy duty bass rolls and pitched down vocals. Finally, Manotti da Vinci grabs “Blast Off! and maxes it out with his over-the-top electro house take. Indeed, these are some perfect tracks for breaking through the atmosphere.