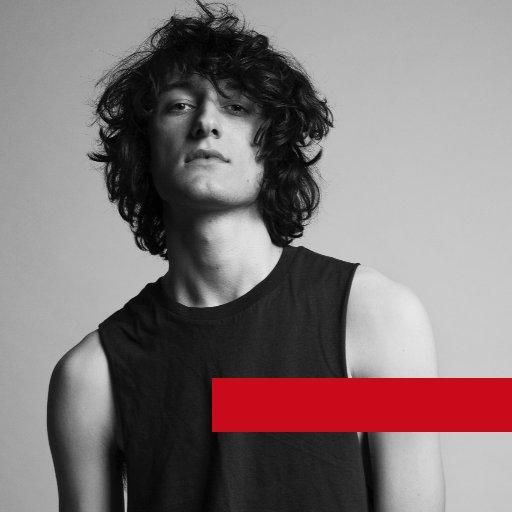 AKA George never ceases to amaze with his reckless, passionate, inspiring stage presence like a young Mick Jagger / Richard Ashcroft for the YouTube generation. He blurs the barriers between kitsch, eccentric, bold and outrageous in a way that is buoyantly reflective of everything we love in great showmen of the past and everything glorious about the fearlessness of today’s youth.

An enigmatic theatrical self-loathing and riling attitude at pop culture permeate his tracks whilst totally owning all that is awesome from the best musical heroes of pop culture with instantly memorable and in-your-face tunes that are here to blow minds and no doubt break a few hearts along the way.

He has become a standard bearer for a fresh breed of vloggers, presenters and reviewers who are fast making the future of the music industry their own. Pre 2015, George was a skinny kid from Shropshire who blew up the internet with an inimitable mix of his own material and superior versions of other people’s songs, which saw him in the offices of every publisher and record label in the country at the centre of one of those mythical big label bidding wars. Too unconventional for them, George kept to his roots. Even his chosen artist name shows him poking fun at the ego and success and celebrating independent spirit, whilst also creating an aura of mystery.

“It was all moving too quickly. I was in these plush offices talking to hit making A&Rs thinking, this isn’t right. They don’t know what they are signing. They are just impressed with YouTube numbers. And in the end numbers don’t mean anything. Even now they’re all chasing them as if they translate into good music.” Says George. So in true Renaissance man style – and not without some teenage rebellion thrown in – AKA George tore down everything he had created on the internet, losing tens of millions of views into the bargain. And started again.

Fast forward to 2018 and this trailblazer has forged his own unique path and has again accumulated over 30 million YouTube views, headlined the Silver Hayes stage at Glastonbury, packed out secret gigs around London, racked up BBC Introducing plays and critical acclaim, been described as a ‘genius’ by Pharrell Williams and much more. He is becoming a hero for a new generation of creatives who hone their craft and make their mark via the internet and continues to deliver the goods in terms of stadium size tracks.

New single ‘Blazing’ sets the bar high. An intoxicating youth rallying rave to continue standing up and fighting and letting go to moments of joy. “Blazing is about having belief in yourself despite all the shit that life throws at you.” Says George. “The idea for it came about in the middle of a huge festival I was playing in Spain. It was rammed – there were about twenty thousand people in this huge town square. Most of them had never heard of me before and they probably all had their own life problems and issues, but for that one small moment in time it was all forgotten. I looked out from the stage and just saw a sea of arms. We were on fire that night. I just thought, “These people are amazing, I feel amazing". I went back to the hotel room and wrote Blazing.”