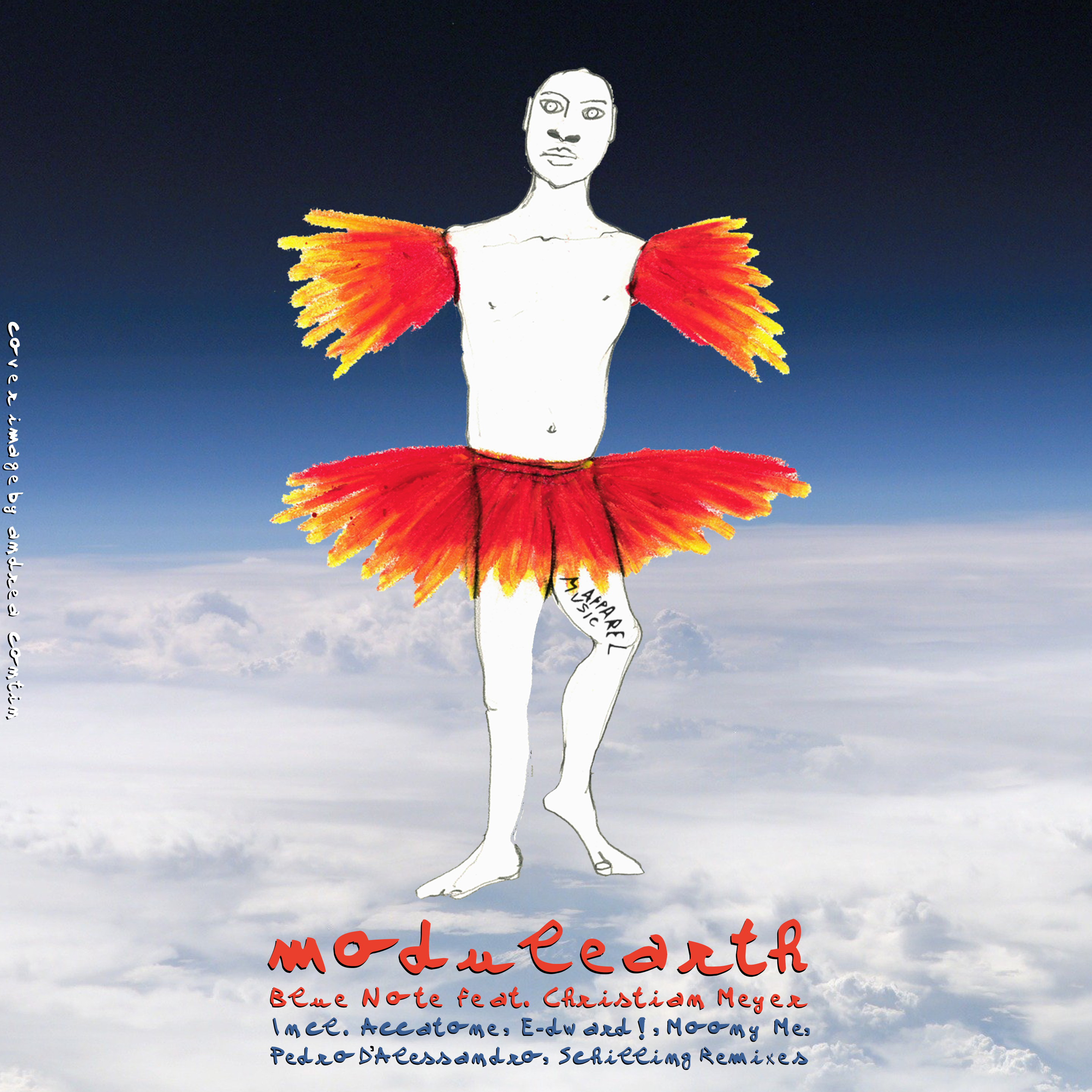 For their next trick, the Apparel Music label introduces us to a brand new act, Modulearth, and they serve up four magical tracks that come with five great remixes, plus mastering by Lopazz and cover design by Andrea Contin. The whole excellent project was curated by Giuseppe D’Alessandro.

Modulearth are a new duo from Milan made up of Nicolas Meyer and Luca Vertulli, and this is their first ever release together. On drums they enlist the legendary Italian Christian Meyer, a veteran of many jazz bands and firm member of Elio e le Storie Tese as well as Trio Bobo, The Drummeria and Biba Band. Meanwhile, Nicolas Meyer is 22 years old, has studied piano for 16 years at the hands of the acclaimed Massimo Colombo and is the grandson of Meyer, while Luca Vertulli is 27, has long been playing synths and making analogue sounds and is the architect of Modulearth, a duo that has been collaborating since January 2015. As such this is a hugely accomplished production outfit, and that really shows in the music.

Up first is the sumptuous ‘Slowness’, a slo-mo brew of languorous chords, jumbled drums and trip hop vibes that bubble and gurgle brilliantly. It is a track that marries synthetic sounds with organic percussion and heavenly vocals and exudes real warmth. ‘Blue Note’ is a downbeat and jazzy track that takes plenty of cues from the legendary label of the same name. It is dreamy and expertly arranged, with hip swinging beats and lovely chords colouring in the groove.

‘Broken Memories’ then sinks down into a deliciously deep house groove with noodly melodies, Rhodes progressions and golden synths that are perfectly homely and inviting. Finally on the original front, ‘Perhaps In The Red Car’ is a big, playful track with bouncy drums, trilling synths and is a lush track that really exudes musicality, originality and feel good vibes.

As for the remixes, Accatone A Brother’s A Brother Dub Mix of ‘Blue Note’ reimagines it as a perfectly cuddly, romantic house groove, Moony Me’s ‘Morning Sunrise’ Remix of ‘Broken Memories’ is louche and lived in, roughshod and delightfully happy, Pedro D’Alessandro flips ‘In The Red Car’ into a shuffling bit of micro house and E-dward! goes for a more peak time, rubbery house mood on his slowly uplifting take on ‘Slowness.’ Lastly, the SCHiLLiNG remix of ‘Blue Note’ is a broken beat, neo soul affair with dreamy and sub kissed trumpets, lots of found sound detail and a real air of jazziness.

This is massive package full of brilliantly organic, expertly musical grooves that really stands head and shoulders above everything else.