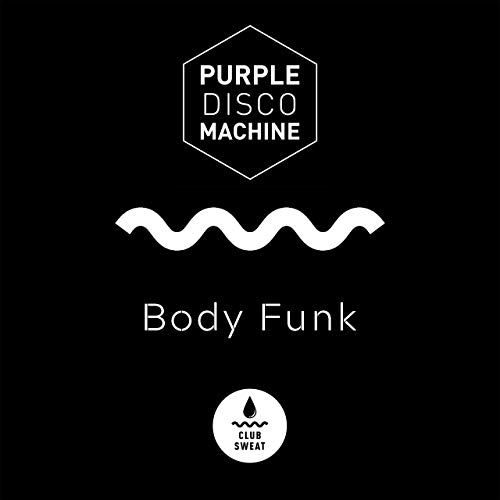 Directed by Nicole Alexander, the innovative video for ‘Body Funk’ features a gradually growing assortment of purple dancers coming together for a tightly choreographed dance-off in a futuristic warehouse.

Following the release of the Carl Cox remix, also being released today is the remix from rising star and Sweat It Out label brother Dom Dolla – whose recent single ‘Take It’ has catapulted his success, hitting #1 on Beatport and topping the Shazam charts across Europe.

Since the release of ‘Body Funk’, the single has garnered over 12 million streams and has been supported by the likes of Black Madonna, Jamie Jones and Fatboy Slim. The single has spent a second week #1 on the BBC Radio 1 Dance Chart and is continuing to get multiple plays across the R1 dance music family including Danny Howard, Pete Tong, MistaJam and Annie Mac – who crowned the track her ‘Hottest Record In The World’.

With remixes under his belt for Calvin Harris, Fatboy Slim, Weiss and Shakedown, Dresden-born producer Purple Disco Machine has become one of the decade’s most notable producers. 2018 saw him achieve an impressive feat on Beatport where four of his productions each secured a top 3 position.

Having enjoyed a stellar 2018, Dresden born disco-house producer Purple Disco Machine is quickly becoming one of the most prolific and sought after producers in the industry. Having recently remixed Calvin Harris, Fatboy Slim, Weiss and Jax Jones, he has also been named as Beatport’s #2 artist of all time.

Complete with an compelling and inventive narrative, ​the video for ‘Body Funk​’, plus remixes from Carl Cox and Dom Dolla are out now, with a Claptone remix due next Friday 12th April.