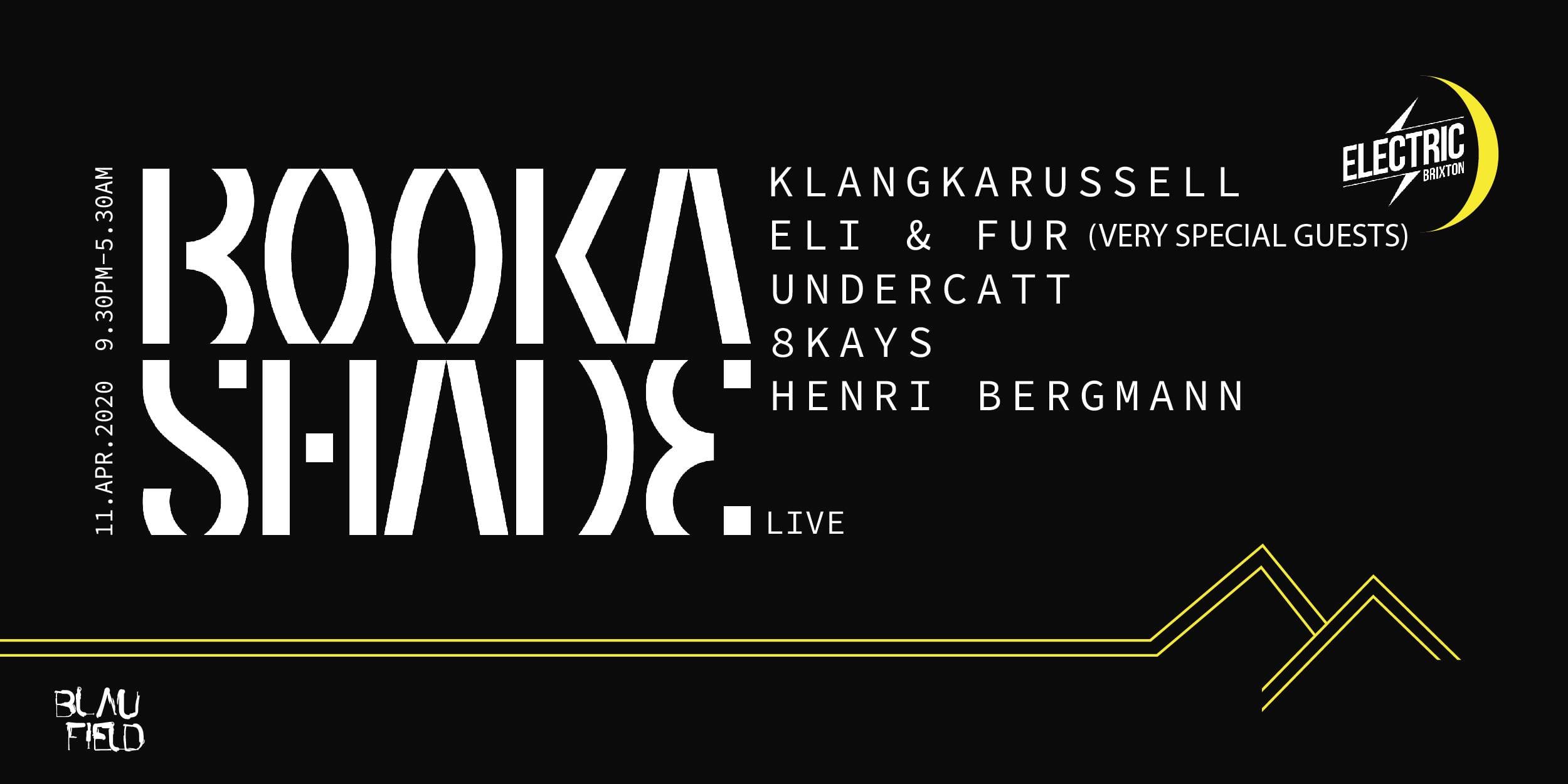 Booka Shade have announced the full line up for their innovative Brixton Electronic live show on Saturday 11th April, when they will be bringing a strong line up of guest DJs and performers as well as their full-scale, insane production to London.

Austrian electronic music duo, Klangkarussell returned last September with ‘Comoros’, their first new music in over 2 years, and the debut release on their new label, Bias Beach. ‘Comoros’ followed a summer of standout festival performances and sold out headline shows that saw them play to crowds in the UK, Europe (including taking the Saturday night honours at Benicassim), Beirut and South America. Their new single ‘Ghostkeeper’, feat. GIVVEN, was released this week, adding to a discography of crossover hits including ‘Sonnentanz’, ’Time’, and beyond.

Booka Shade will be performing their recently released their single ‘Dear Future Self’ and a selection of tracks from their forthcoming album dropping late April 2020, revealing a first glimpse of their new material. The duo has previously released seven artist albums since the start of their journey in 2002.

Walter Merziger and Arno Kammermeier began their DJ and producer career in Frankfurt, where they launched their now legendary Get Physical record label. Booka Shade came to prominence after releasing their 2005 worldwide hit single co-produced with M.A.N.D.Y. ‘Body Language’, which has become one of the most enduring house music anthems, bolstered by their breakthrough performance at Sónar that year. The band launched their Blaufield Music label in 2013 to great acclaim.

Booka Shade have opened for Depeche Mode and Kraftwerk and headlined stages at Coachella, Glastonbury, Electric Forest and Red Rocks. They have also displayed their diversity playing at Montreux Jazz Festival and Lollapalooza.

The Berlin-based duo will be joining other celebrated acts as part of the Brixton Electronic series of events at the venue, following sell-out shows with Vitalic, 2manyDJs and Ed Banger Records.

With an impeccable legacy of hosting parties, live performances and bestselling events, Electric Brixton has brought events such as Ants, Music On with Marco Carola and the Amnesia Ibiza ‘Pyramid’ shows to London over the last 3 years. Other electronic music headliners have included Bicep, Gorgon City, Camelphat and Sonny Fodera.

Electric Brixton will be hosting state-of the-art, large scale production for this event, which the venue’s main room showcases perfectly.