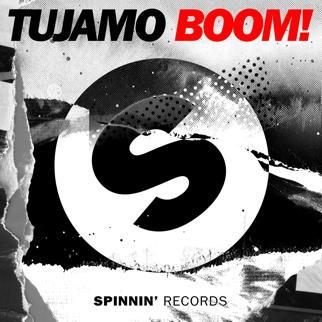 Tujamo never fails to deliver a banger. In ‘BOOM!’ he revives one of the catchiest vocals of dance music history. Accompanied by Tujamo’s inimitable electro house style and full on, heavy hitting percussion his newest release is already a constant in countless DJ sets. ‘BOOM!’ in your face!

German-born producer Tujamo well known for his hit making skills and unique take on dance music could be considered a genre of its own. Never fails to produce a club banger, resulting in 7 #1 Beatport hits, 177+ million total streams combined over all portals and 47+ million YouTube views. Tujamo collaborated among others with Laidback Luke, Taio Cruz and Steve Aoki, with the latter he released smash hit ‘Delirious’ which reached GOLD in the US and PLATINUM in Canada.

His new banger ‘BOOM!’ follows up ‘Keep Pushin’ ft. Inaya Day, peaking at #3 in Beatport’s Top 100 and #1 in its Electro House chart and ‘Drop That Low’, surpassing the 18.4 million YouTube views.

"When I finally came home from my summer tour a few weeks ago, I went to the studio to finish a track I had worked on before. I tried out different things and suddenly found this vocaI-sample that I really liked. I decided to start from scratch and created a whole new track that night. It was like a rush.”, Tujamo explains on how ‘BOOM!’ came to its existence.