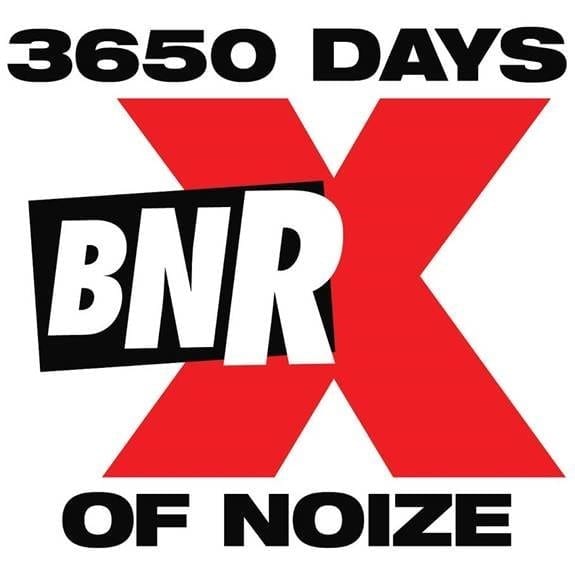 This year, Boys Noize (Alex Ridha) celebrates the success of his non-conformist DIY collective, Boysnoize Records (BNR). Alex founded BNR in 2005 to retain full artistic freedom under Boys Noize and his different monikers, while releasing the music of like-minded and genre-transcending artists including Spank Rock, SCNTST, Djedjotronic, Strip Steve, Peaches, PILO and many more. The celebration kicks off with an exclusive free BitTorrent bundle featuring unreleased music, live mixes and other BNR content, followed by a series of BNR10YR parties in countries around the world.

The free BitTorrent bundle consists of over five hours of music, including two new tracks from Boys Noize (“Brain Frequent” and “Dawnload”), a live Boys Noize set from Tokyo, a live Dog Blood set from Monegros Festival, an unreleased Boys Noize remix of Jackson and his Computerband’s track, “Arp #1,” two unreleased SCNTST tracks (“Punk01” and “Beat03”), and a curated selection of 25 songs, the best of BNR classics. Visual assets include a Dog Blood drawing, a collage of BNR album artwork from the past 10 years, and the BNR10YR logo designed by BNR’s long-time designer, Paul Snowden. The BNR10YR BitTorrent bundle is available HERE.

In the spirit of the 10 Year Anniversary, Boys Noize, label mates, and very special guests are playing shows in over 10 countries including Belgium, Canada, Denmark, France, Germany, Italy, Japan, Mexico, Netherlands, Portugal, Spain, Switzerland, the United Kingdom and the United States. First up is Miami, Florida on March 28 at Gramps. For each event, a limited number of $10 tickets will be available for pre-sale. Expect big guests and special venues – more details to follow throughout the year.

As a recording artist and producer, Boys Noize has created his own sound and pioneered his own brand, amassing a formidable body of work in the process. Named one of the top 10 “DJs That Rule The Earth” by Rolling Stone, Alex has created profoundly influential work as a remixer and producer for artists including Depeche Mode, Daft Punk, Feist, David Lynch, Jarvis Cocker, Santigold, Mark Ronson, and Nine Inch Nails. He has collaborated with Snoop Dogg, with Chilly Gonzales as Octave Minds on the LP Octave Minds, with genius film maker Mr. Oizo as Handbraekes, and Erol Alkan and G-Dragon, among others. He also has mixed up the scene as Dog Blood, his project with Skrillex.