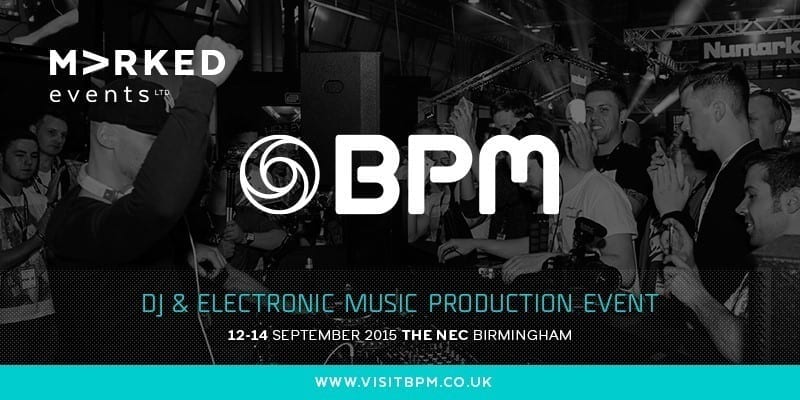 BPM – the world’s biggest DJ and electronic music production event – has announced that the renowned DMC World Championships will host its UK finals at this year’s show, which returns to the NEC Birmingham from 12-14 September 2015. The competition, sponsored by Rane, will give visitors a chance to see aspiring turntablists battle it out to become UK Champion and gain a place in the international finals this October.

Allowing visitors to see future talent perform in an intense Arena environment, BPM 2015 will host the UK leg of the DMC World Championship – an event that hasn’t been held outside of London since 1997. Competing DJs will be looking to become UK Champion and go on to win the ultimate prize in the World Finals. DMC will also be holding its UK Battle for Supremacy at BPM, where DJs will compete in a series of exhilarating head-to-head clashes!

Demonstrating incredible skill and dexterity, the turntablists working their magic in the DMC UK Finals are all masters of their craft, providing entertainment and a great visual spectacle for visitors of all types , whether they’re into scratch DJing or not.

The DMC World Championship UK Finals will be held in the CHAUVET BPM Arena from on Sunday 13 September, and aspiring turntablists wishing to compete can enter here: http://www.dmcdjchamps.com/ukfinal.php

Tickets for BPM 2015 are on sale now, available from the BPM website or directly via the event’s official ticketing partner, Skiddle (http://www.skiddle.com). BPM tickets also include entry to the collocated PRO Performance and Venue Technology show.