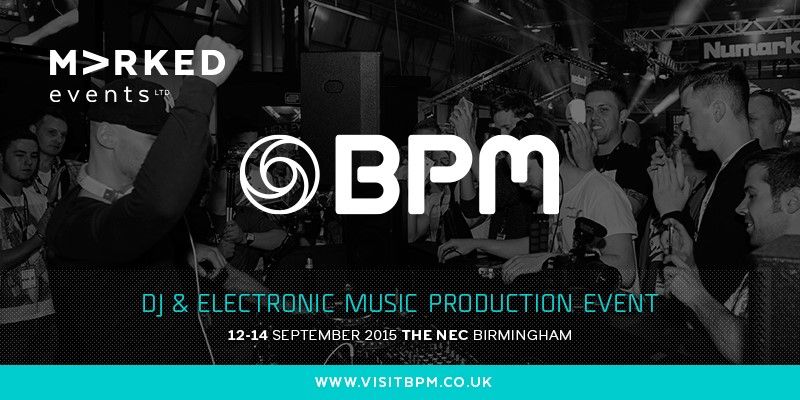 BPM – the world’s biggest DJ and electronic music production event – has now confirmed a full line-up for this year’s CHAUVET BPM ARENA, which will give visitors chance to experience DJ sets, live performances and Q&A sessions from some of the industry’s most revered names.

On Saturday, visitors will no doubt be waiting in anticipation for the new Locked In after-party, headlined by house pioneer Marshall Jefferson and taking place after the show-floor closes. Along with Frankie Knuckles, Jefferson is one of the founding fathers of house music, having been a central figure in the Chicago scene and produced a host of genre-defining anthems, including ‘Move Your Body’, ‘7 Ways To Jack’ and ‘Open Our Eyes’.

However, getting the crowds warmed up throughout Saturday will be a DJ set from ‘new savior of rave’ Kutski and a live performance from elusive Californian artist Magical Mistakes, as well as a back-to-back set from trance DJs Davey Asprey and Jordan Sweeney. BPM’s opening day will also see the renowned Freestyle DJ Competition, presented by Gemini, take place across three heats before the grand final later in the afternoon. In addition, the DMC will host a showcase session giving visitors a taste of expert turntablism before the much-anticipated DMC UK DJ Championships the following day.

Of course, Sunday promises to be just as big, offering up a visually-stimulating AV set from video pioneers Video Geeks and high-energy DJ sets by prog-house duo Fully Charged and LilRockit. Widely respected DJ, producer and owner of Snatch! Records, Riva Starr will take part in an exclusive Q&A. Later in the day, the DMC UK DJ Championships will take place inside the ARENA, giving visitors a chance to see some of the nation’s best turntablists battle it out for a place in the world finals.

All this before the renowned BPM Dance Classics Party gets under way, with legendary euro-trance singer Kelly Llorenna headlining the event with hits from across her career as a solo artist and part of N-Trance. Respected dance group The Bassheads will also perform, offering up plenty of nineties hits and a unique on-stage setup. In between sets, resident DJs Ian Redman and Mike Lewis (DJ Kuta) will deliver dance classics all night long.

Monday, the final day of the show, will open with DJ sets from Oli Carloni and Matt Howes, before DJ, producer and business owner Marc Vedo takes to the stage for a Q&A session, discussing his career in the industry so far. Later, emerging psy-trance DJ Ben Nicky will bring his mashed-up, unexpected style to the ARENA, giving the crowds a taste of his unique uplifting sound; before the much-revered Mark EG performs a DJ set no doubt filled with hard-hitting tracks and crazy on-stage antics!

Giving visitors chance to win an incredible bundle of prizes from BPM exhibitors, the BPM Ultimate Prize Draw will take place on both Saturday and Sunday, just prior to the Locked In and BPM Dance Classics after-parties. Entry is included with every BPM ticket.

Tickets for BPM 2015 are on sale now and also include entry to the collocated PRO Performance and Venue Technology Show. www.visitbpm.co.uk/tickets