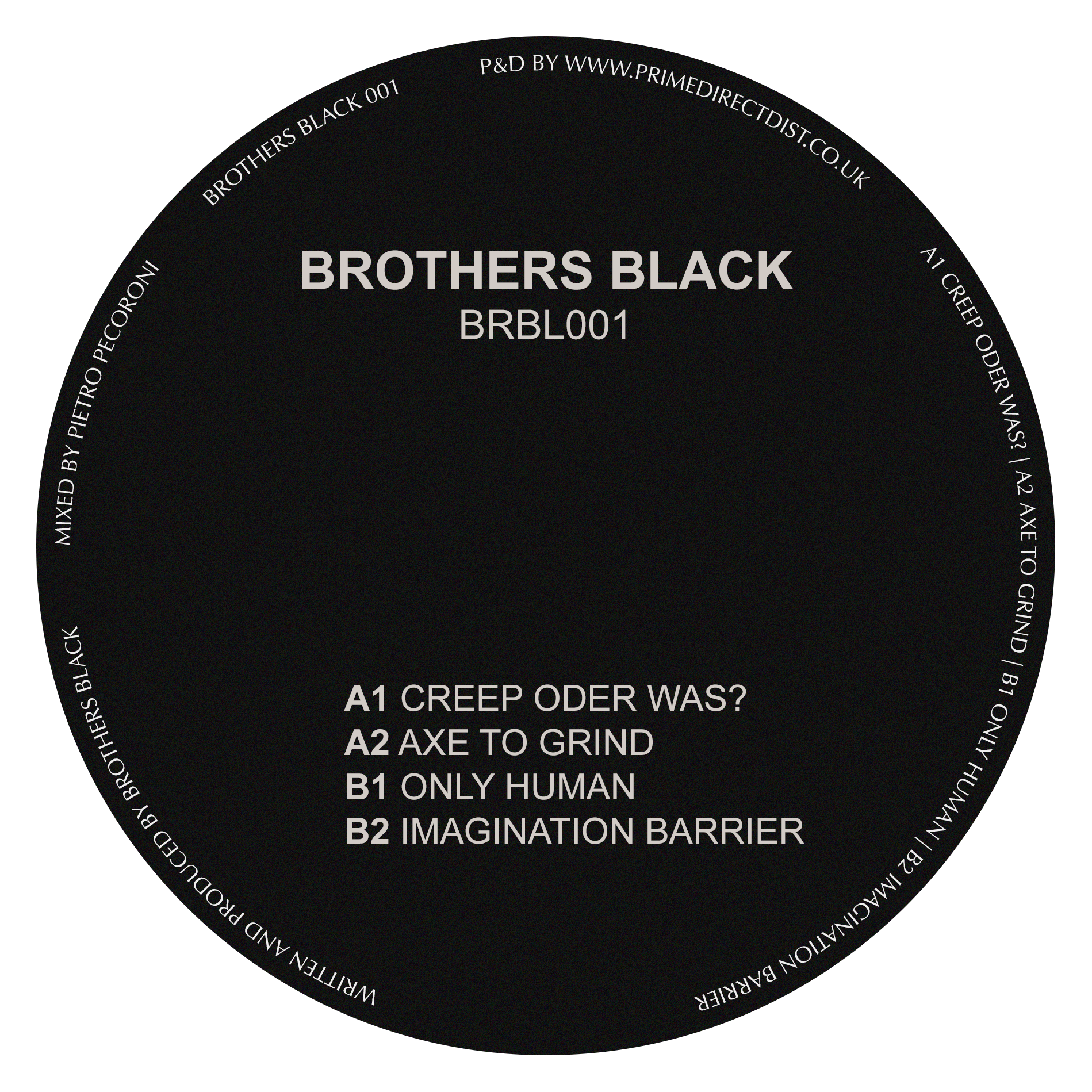 Bade Records co-founders Brothers Black have started their own self-titled, vinyl only label as a base for their own sound and productions. Their first release is a four-track hard- hitting EP that showcases the pair’s raw and unique take on contemporary techno.

The A1, ‘Creep Oder Was?,’ showcases the pair’s rooted love for acid, combining a distorted acidic lead with signature vocals and a stomping groove to create a peak-time weapon. The A2, ‘Axe To Grind’, is a deeper cut that combines rich distorted chords with tribal, rolling percussion.

On the B-side, the B1 ‘Only Human’ is an intense pressure tool with rolling snares and hints of industrial tones. The final track, B2 ‘Imagination Barrier’, is a faster exploration that once again showcases the pair’s vocal style combined with hints of 90s percussion.