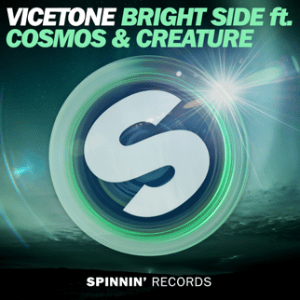 Vicetone introduce their latest single “Bright Side,” the first release from their debut five-track EP, Aurora. With its light-hearted strings and heavenly vocals care of Cosmos & Creature, the song is equally cinematic as it is symphonic. This melodic house tune evokes a warm pop sensibility for its listeners, taking them on a sonic journey to the brighter side of dance music. With the full EP set for release on April 8th via Spinnin,’ “Bright Side” marks a step forward for the duo, giving the world a taste of their first full-bodied collection of work.

Vicetone had the following to say about their new song: “’Bright Side’ is one of our favorite songs. Cosmos & Creature's vocal feels very sincere and the song has a great feel-good vibe to it. We wrote this track a long time ago in Los Angeles and we're happy to finally put it out for the world to hear.”

Aurora is available on April 8th via Spinnin'.