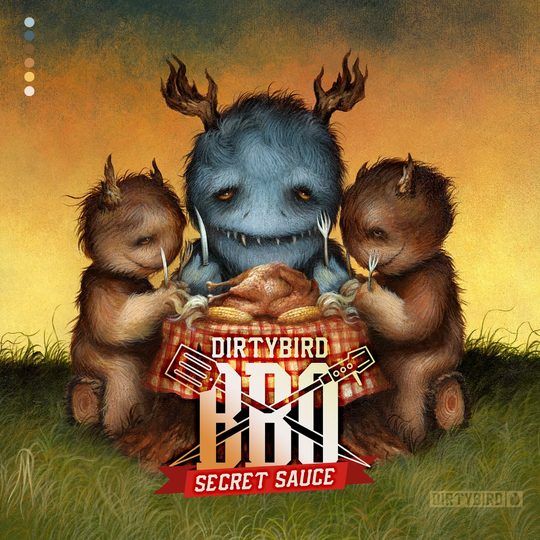 It’s BBQ season, and Dirtybird is back with their very third BBQ Compilation, ‘Secret Sauce’. Out June 14, the compilation features an all-new track by Sacha Robotti and Justin Jay, “Broke The Law”, that will add that bounce and flavor to all your summer parties – Stream it HERE.

Of course, Sacha has an awesome story behind this “weirdly funky” collaboration – ”I’ve been listening to Justin Jay's music ever since his track 'How Goes The Dynamite?' on Dirtybird, we met in Mexico for a quick b2b2b with Ardalan at BPM 3-4 years ago. When I decided to move to Los Angeles this January, Justin was one of the first guys I hit up for housing leads since he's from LA. He introduced me to a friend I'm living with right now. Justin and I always wanted to make music together, so recently we jammed at his frat house room aka studio by USC, and this weirdly funky track happened. The bassline is rough and gets wild in places. For the beat, we used drum samples that Henry Was played live and recorded on his phone. Josh Taylor recorded vocals, Ben the guitar, and we all got on the mic for the 'choruses'. 'Broke The Law' is based on a true story: our drummer went to jail for a night even though he was innocent!"

Dirtybird started with a grill and some speakers in the park, and while they’ve passed a decade of park parties, we’ve reached the third installment of our yearly BBQ compilation, “Secret Sauce’. BBQ’s are all about coming together, so they’ve added some unique artist collaborations, along with several up and coming artists – Doorly & Marshall Jefferson, Shiba San & Will Clarke, Billy Kenny & Maximono, Christian Martin & Ardalan, and Justin Jay & Sacha Robotti all team up for the first time, along with Bruno Furlan and Sirus Hood, who each turn in their own stand-out tracks that have been on heavy rotation. New faces to Dirtybird on this compilation include Dateless, Whoami, Sven Lochenhoer, Middath, Groove ’N Hat, Dankey, and Born Dirty. The compilation tracklist is below and you can take a listen to all the tracks HERE.

Sacha Robotti is having an unforgettable summer so far – in addition to his recent standout performances at Coachella and Lightning In A Bottle Festival, Sacha will be making his debut appearance at EDC Las Vegas this weekend. That said, there will be not just one but two opportunities to catch Sacha performing at EDC – Saturday, June 18 from 2:00 AM – 4:00 AM at Smirnoff House, as well as Sunday, June 19 from 2:00 AM – 3:00 AM at upside-downHOUSE.