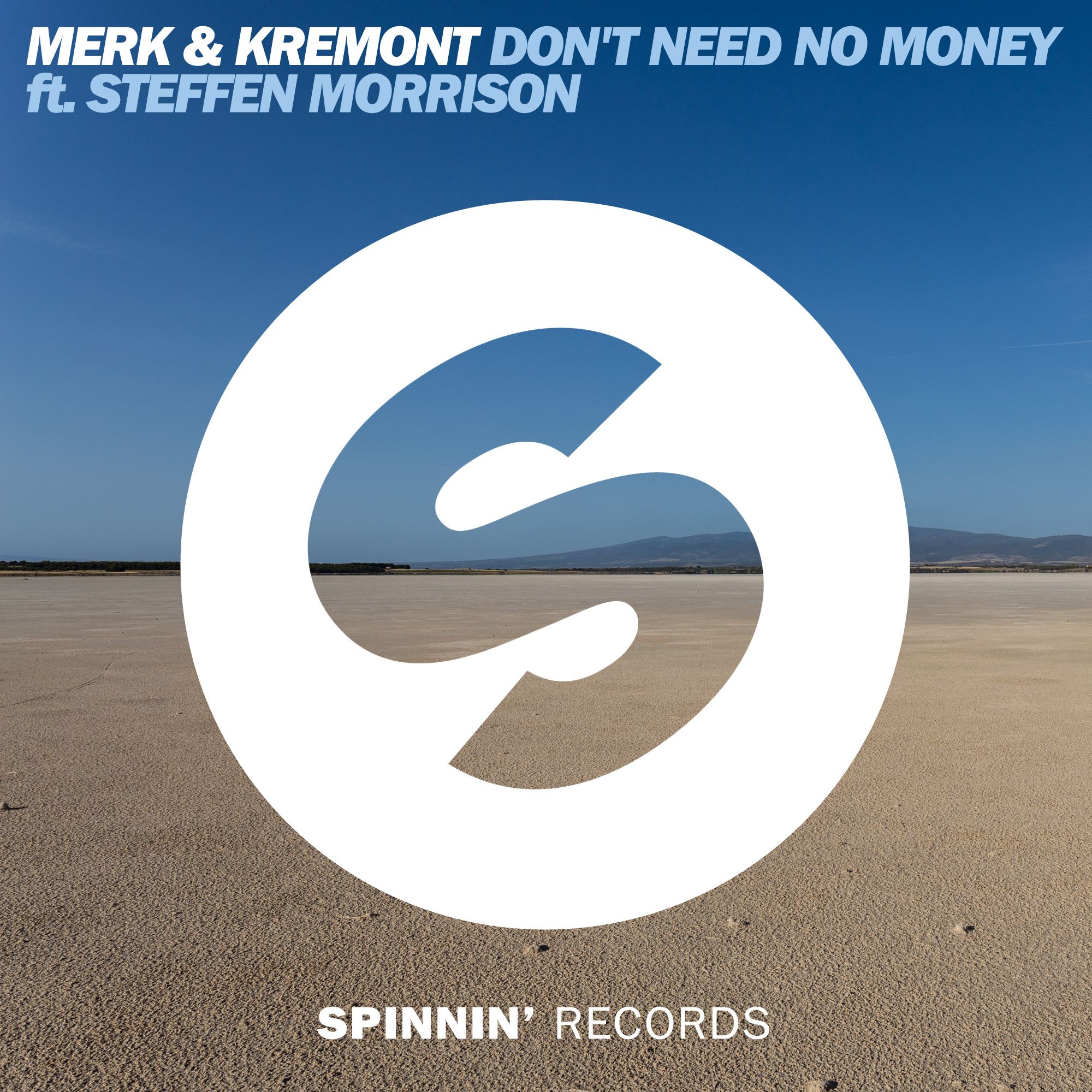 Italian duo Merk & Kremont has teamed up with Steffen Morrison for the highly anticipated release of new single 'Don't Need No Money'. It's a stunning piece of vocal house, already supported by several artists, out now on Spinnin' Records.

It's an impressive career Federico Mercuri and Giordano Cremona are making. After they started DJing together a few years ago in their hometown Milan, the duo quickly grew out to become a well known electro/progressive act, releasing their first official tracks on labels like Spinnin' Records, DOORN, Protocol, and Revealed.

Last year, the guys scored a huge hit with 'Get Get Down', and then signed an exclusive deal with Spinnin' Records, followed by the release of the popular tune 'Upndown', receiving praise from artists like Calvin Harris, Dimitri Vegas & Like Mike, David Guetta, Hardwell, Afrojack and VINAI.
'Don't Need No Money'.

And now, they return to their home label with 'Don't Need No Money', working with famed Dutch singer Steffen Morrison, known for the soulful interpretation of his songs. Which leads to an impressive piece of house music, filled with inspirational vocals and vibes, both melodic as euphoric, made to get all hands in the air.