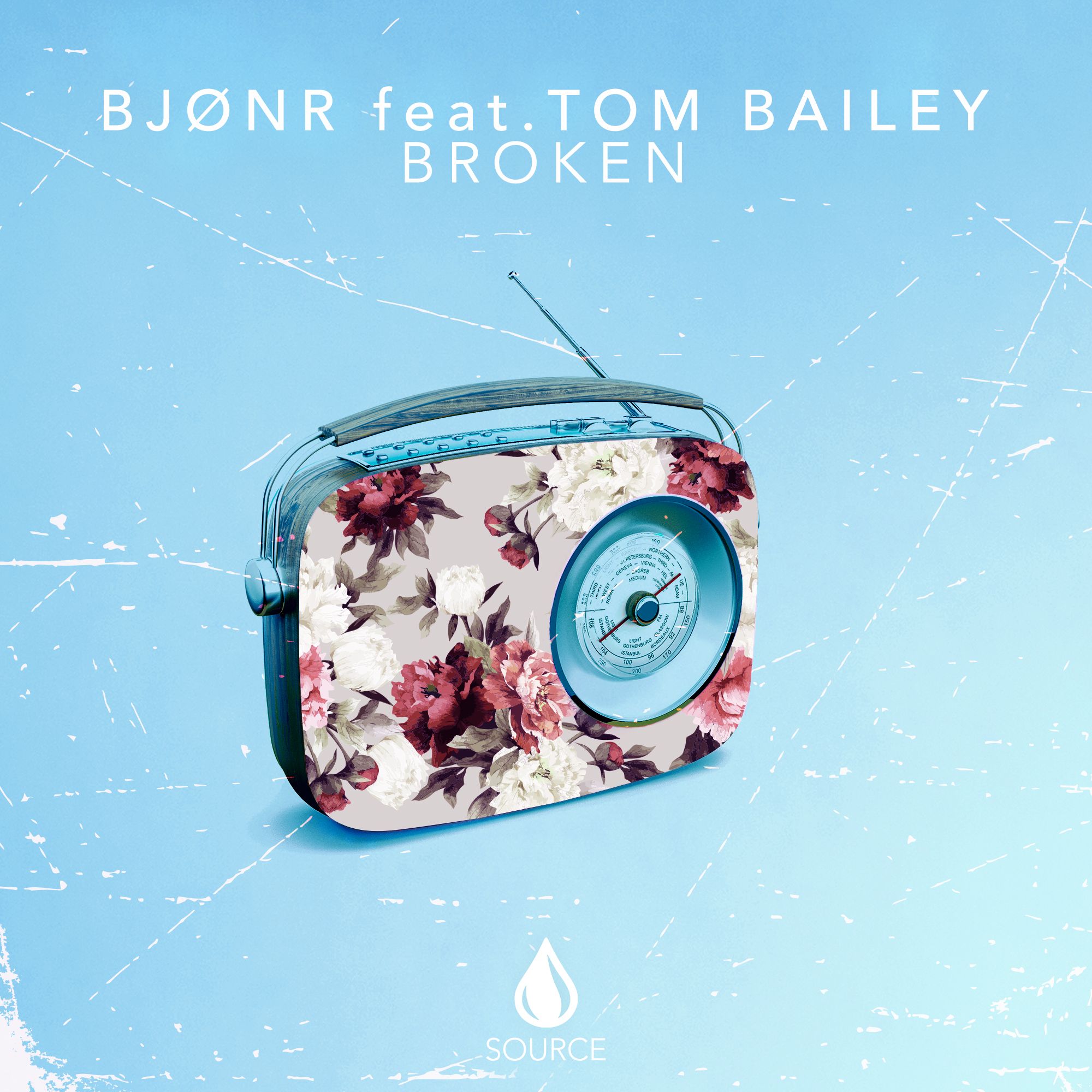 Mysterious producer Bjønr has revealed himself a bit more with new single 'Broken', out now on SOURCE. Once again featuring Tom Bailey on vocals, the track has been welcomed as a definite summer deep house tune, underscoring the promise of this rising star like no other.

Bjønr is one of the silent heroes of current dance music. It's the result of many years of gaining experience, kickstarted when he's only six years old and begins to play the drums. At age nine he discovers the guitar, followed by bass and piano. As a teen Bjønr gets into DJing and producing his own records, which soon lands him his first record deals.

After doing lots of ghostproducing for several artists, he recently decided to start things on his own. Still anonymous though, solely working up his name with his musical output, starting off with the late 2015 release 'Fade Into You' feat. Tom Bailey, a sweet deep house tune reaching over 4 million streams on Spotify by now. This also attracted the attention of world famed label Spinnin' Records and MusicAllStars Management, home of DJs like Oliver Heldens and Sam Feldt, where Bjønr quickly signs an exclusive deal.

'Broken'
This is followed by the launch of his Headspace mixtapes, and now the release of his much expected new single 'Broken', a deep house tune built on the world famous pop song. Working together again with Tom Bailey, the track adds organic guitar chords and touching melodies, turning the track into a summer time favorite.

Bjønr: "There was something special about the 90’s music sound coming out of America and I’ve been on a roll over the past year taking inspiration from that era. What was just an idea started about a year ago became a remake of a very special song by the Goo Goo Dolls. It was an honor to cover this song and I hope the same emotion translates to those listening across the world."