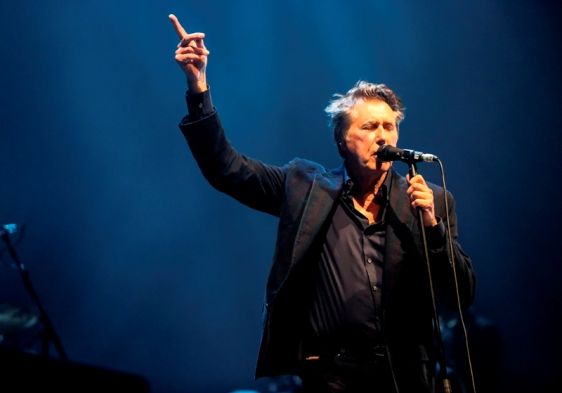 Two more concerts have been announced for this year’s Mouth of the Tyne Festival in North Tyneside.

Bryan Ferry and Will Young will each headline evening concerts at the spectacular Tynemouth Priory and Castle in July.

Tickets go on sale this Friday 5 February at 9am and will be available from :-www.ticketmaster.co.uk

North East born Bryan Ferry, CBE, influenced a generation with his music and style. As a solo artist and Roxy Music front man, he achieved number one albums and top ten singles with hits including Love is the Drug, Tokyo Joe, Dance Away, Slave to Love and Let’s Stick Together. He will perform on Thursday 7 July.

The following night, Friday 8 July, multi-million selling singer-songwriter Will Young will perform.  The set will include his catalogue of hits along with tracks from his new number one album ‘85% Proof’.

These concert announcements follow the news that Grammy nominated James Bay will play the festival this year. Only a handful of tickets remain for his show, on Saturday 9 July, after going on sale last week.

The Mouth of the Tyne Festival, now in its twelfth year, has welcomed a vast range of household name artists to North Tyneside including Paul Weller, The Specials, The Script and James Morrison.

Mouth of the Tyne Festival is a four-day cultural celebration of music and performing arts that takes place each summer in Tynemouth, North East England. Its main outdoor stage is situated on a spectacular coastal cliff location, adjacent to the Tynemouth Priory and Castle, overlooking the picturesque King Edward’s Bay beach and North Sea on one side, and the River Tyne on the other.

The Mouth of the Tyne Festival, now in its twelfth year, 7th-10th July, has welcomed a vast range of household name artists to North Tyneside including: Paul Weller, The Specials,  The Script and James Morrison.  It celebrates music and performing arts across four main locations: Tynemouth Priory and Castle, Playhouse Whitley Bay, Tynemouth Front Street and Tynemouth Station.  2015’s event saw 90,000 visitors to the festival and over 10,000 attending the outdoor Priory concerts.

Besides nationally-known bands there is a very popular free jazz stage at the end of Front Street, which will be a blaze of colour and activity throughout the festival, and includes a programme of street performers, parades and the hugely popular children’s pageant.
The Playhouse Whitley Bay will play host to live bands and musicians (last year saw Rufus Wainwright) and Tynemouth Metro Station hosts a takeover for the duration, with dance troupes and a wide variety of musicians and performers. There will also be a designated ‘Early Years’ area for children featuring a storytelling, music and craft activities.  Local food and craft stalls will line the station’s platform offering a delicious array of locally-sourced produce and decorative work.

Mouth of the Tyne Festival is supported by Port of Tyne, Kier and Tyne Met College.www.mouthofthetynefestival.com