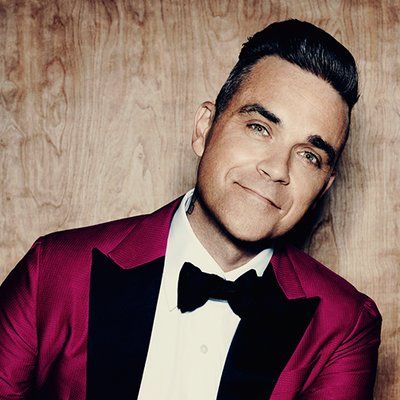 Joining Robbie in Hyde Park – his only UK open-air show of the year – are US dance pop giants Black Eyed Peas. Their first hit in 2003 ‘Where Is the Love’ was the UK’s biggest selling single of the year and since then, they’ve released a solid stream of infectious chart hits include ‘I Gotta Feeling’, ‘Boom Boom Pow’ and ‘Pump It’. The group’s seventh and most recent studio album, Masters of the Sun Vol. 1, was released in October last year.

Keane are one of the most loved British bands in recent memory. Led by the soaring vocals of front man Tom Chaplin, their debut album Hopes and Fearsshot them to the mainstream in 2004 with the hit ‘Somewhere Only We Know’, earning them the BRIT Award for Best British Album the following year. Keane revealed this January that after six years of hiatus, they were back with new material and BST Hyde Park will be their first London festival performance in over seven years.

Renowned Glasgow band Texas are also added to the bill. Led by Sharleen Spiteri, they had a global hit with their debut single, ‘I Don’t Want A Lover’ in 1989. In 1997, the band released White on Blonde, which spawned the massive hits ‘Halo’, ‘Black Eyed Boy’ and ‘Say What You Want’, the latter of which they recorded a version of with Method Man from the Wu-Tang Clan. To date, Texas has sold more than 40 million albums worldwide over their 30-year career, and completed a two-year World Tour in 2018.

Welsh band Feeder are also joining Robbie on 14thJuly. Formed in 1994, the alt-rock inspired group has released 10 studio albums over their career – three of which have gone platinum. They’ve toured relentlessly around the world, supported The Rolling Stones, REM, Coldplay and U2. They have a bevy of over 20 Top 40 hits of alternative classics in their arsenal, including top five single ‘Buck Rogers’.

Robbie is one of the most decorated artists around today, with six of the Top 100 best-selling albums in British history, 77 million album sales worldwide, 14 Number 1 singles and a record 18 BRIT Awards – more than any other artist in music history.

After another extremely successful year, Robbie kicked off his 2019 in spectacular style with his first ever Las Vegas residency with a sold out run of shows this month at the Wynn Las Vegas which received rave reviews. Due to overwhelming demand, Robbie will take to the stage for nine more sold out nights in June and July ahead of his Hyde Park show.

In February, Robbie released a new album of previously unheard music directly to his fans with 'Under the Radar Volume 3'. The third instalment of his fan special series, the album is a unique collection of demos and previously unreleased material from across Robbie’s 21-year solo career, compiled for the first time to share with fans.

Robbie has also been working with long-time collaborator Guy Chambers on the music and lyrics for the upcoming musical of David Walliams’ The Boy In The Dress, which comes to the Royal Shakespeare Company this winter.

Last year continued the tradition of must-see experiences that has seen The Rolling Stones return to Hyde Park, Carole King play her classic album ‘Tapestry’ in full for the first time ever, comebacks for The Strokes and The Libertines, Stevie Wonder play Songs in The Key Of Life and many more.