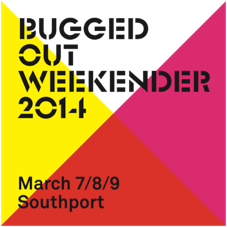 Newly announced is Seth Troxler, the BBQ joint opening, RA Top 100 DJ poll topping, clothes shedding enfant terrible of Detroit techno who will be playing at the Weekender for the first time. Joining him is fellow Detroit ambassador Carl Craig and Dirtybird founder Claude Von Stroke who played the Weekender in 2012. Also confirmed is Pete Tong favourite Ben Pearce and Julio Bashmore, the latter who, with two Weekenders and a recent sell-out show at Electric Brixton under his belt, is a key figure in the new generation Bugged Out family.

Line Up so far: