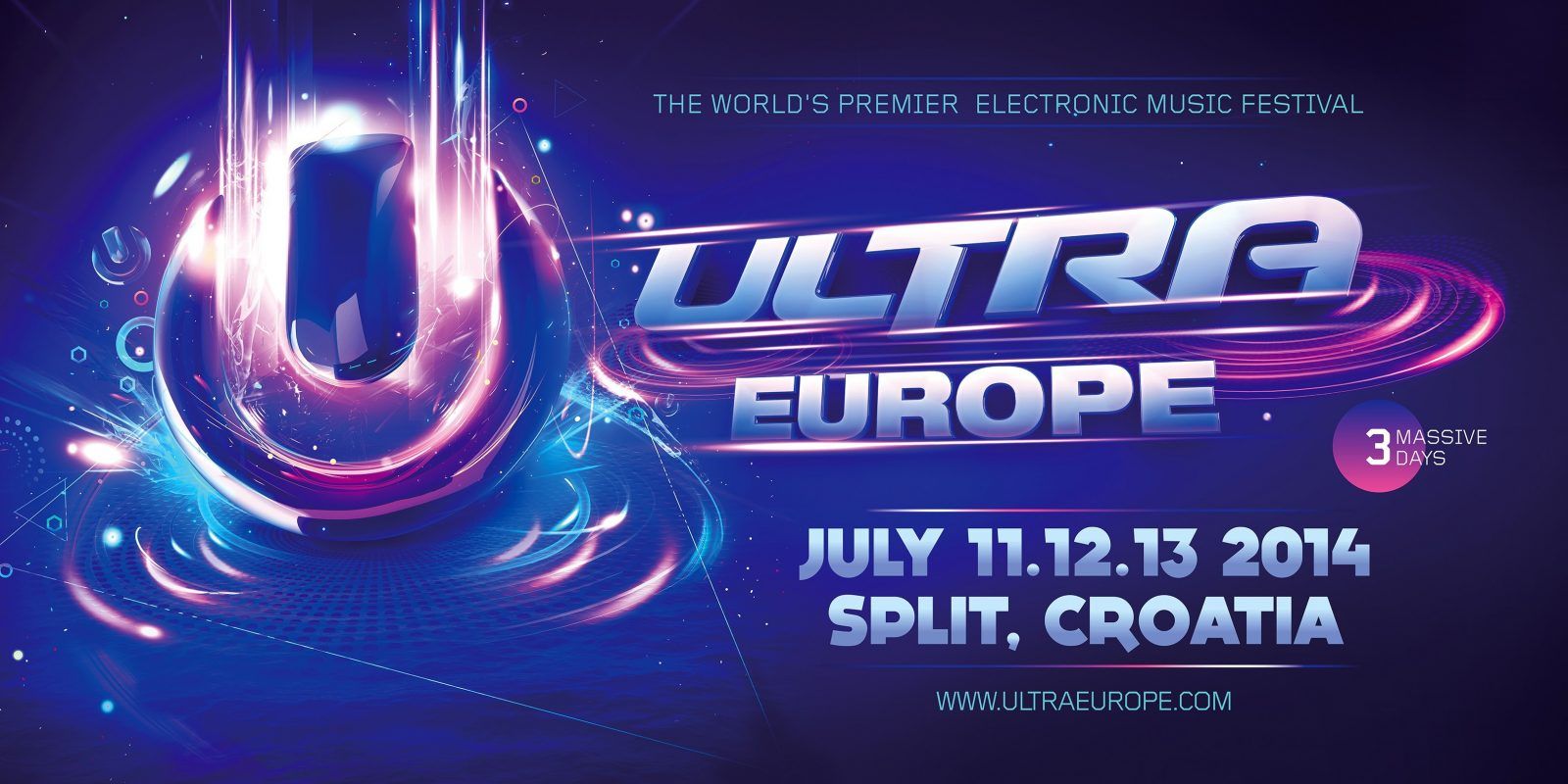 ULTRA WORLDWIDE – the world’s most international festival brand – has today announced the dates of ULTRA EUROPE 2014 as the Croatian super festival prepares its return to the beautiful coastal city of Split from 11th – 13th July, 2014.

Following a sold out inaugural edition and the biggest international event of its kind EVER to hit Croatia no less, Early Bird Tickets are now on sale for next year available exclusively at the official ULTRA EUROPE website.

In celebration of this exciting news, Ultra have also unveiled the dazzlingly epic aftermovie from this year’s debut event, giving fans who made the journey to Ultra Europe 2013 a chance to relive all of the magic, and offering hopeful 2014 revelers a tantalizing taste of what’s in store for next July!

Over 103,000 fans from more than 75 countries around the world flocked to Croatia’s Dalmatian coast in July 2013 to experience the wonders of the world’s premier electronic music festival, with an extra 6.5 million plus viewers from all corners of the globe tuning into to UMFTV to witness a collection of some of the finest DJs on the planet whipping fans into elated frenzies.

Superstars such as Armin van Buuren, Avicii, Carl Cox, Afrojack, Hardwell, Fedde Le Grand and Nicky Romero, to name just a handful, took to the decks and absolutely blew the eager crowds of festivalgoers away at the Poljud Stadium in Split, while the likes of Steve Aoki, Chuckie, Dada Life, Cazzette and Nervo held nothing back as they turned the 5-star Hotel Amfora on the picturesque island of Hvar into one of the craziest pool parties ever. Of course Ultra will once again uphold its commitment to delivering a line up of the same unwavering supreme quality for Ultra Europe’s second year, along with the next-level experience and world-beating production values that it guarantees for each and every one of its worldwide events.

A limited number of Early Bird tickets for Ultra Europe 2014 are on sale NOW for the unbelievably low price of €75 for all three days of the festival in Split. Head over to the Ultra Europe Official Website to make sure you don’t miss out on this amazing offer as all Early Birds for the first Ultra Europe sold out in just 10 minutes! Further announcements containing ticket information and acts that will be performing in 2014 will be released soon and to stay up-to-date with all the latest news check the Ultra Europe Facebook and Twitter pages.