The Magician ft. Clew and Prov - Build A Fire 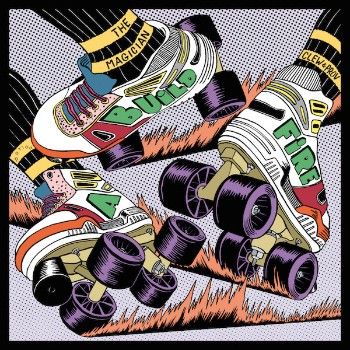 The Magician ft. Clew and Prov - Build A Fire

Enigmatic producer, The Magician, has delivered his brand new production, ‘Build A Fire’, a collaborative effort with Chicago duo Clew & Prov, best known for their track ‘Tarzan’ on The Magician’s ‘Potion’ label.

Following ‘Las Vegas’ and ‘Love Break’, ‘Build a Fire’ is the third track to show a more mid tempo/urban pop production by The Magician. The producer (aka Stephen Fasano) brings us back to a more disco and funk-led beat which has stylized much of his previous work, with Chicago duo Clew and Prov providing the guitar plucks (Prov) and vocals (Clew).

“I’ve been working in a lot of different studios, exploring different genres of music with some incredible people,” added The Magician. “The result of which has reignited my passion to make music, and inspired me to share more love and emotions through it.”

Having first experienced mainstream success with his European no.1 remix of Lykke Li’s ‘I Follow Rivers’ in 2012, The Magician’s 2013 track ‘Sunlight’ featuring the vocals of Olly Alexander from Years & Years, peaked at #7 in both the Belgian and UK charts, garnering over 55 million combined streams in the process. With Top 10 hit status achieved, The Magician has spent time cultivating his own live events and record label aptly named ‘POTION’ where new singles ‘Together’ and ‘Shy’ quickly followed, before his 2017 releases ‘Tied Up’ with Julian Perretta, and  ‘Slow Motion’  with TCTS.

Enjoying a hectic touring schedule in 2017, the Belgian DJ played at a diverse range of clubs includingPacha, Space, Hï, Ushuaia and Amnesia in Ibiza. Since launching Potion, he’s brought the event series to Ministry of Sound, Showcase Paris, Exchange LA, Electric Brixton, New York’s Webster Hall and hosted his very own Potion stage at Tomorrowland. He also featured at ADE, as part of both his very own Potion party, and ‘My House’ with Martin Solveig.

‘Build A Fire’ is out on June 15th, acting as the perfect soundtrack to the upcoming summer season, with The Magician playing shows in Atlanta, Lyon, and Pacha Ibiza. Returning to the mega-festivalTomorrowland with his own stage again this year, as well as to Output for a second year of his residency, make sure to see The Magician at any of the shows below.