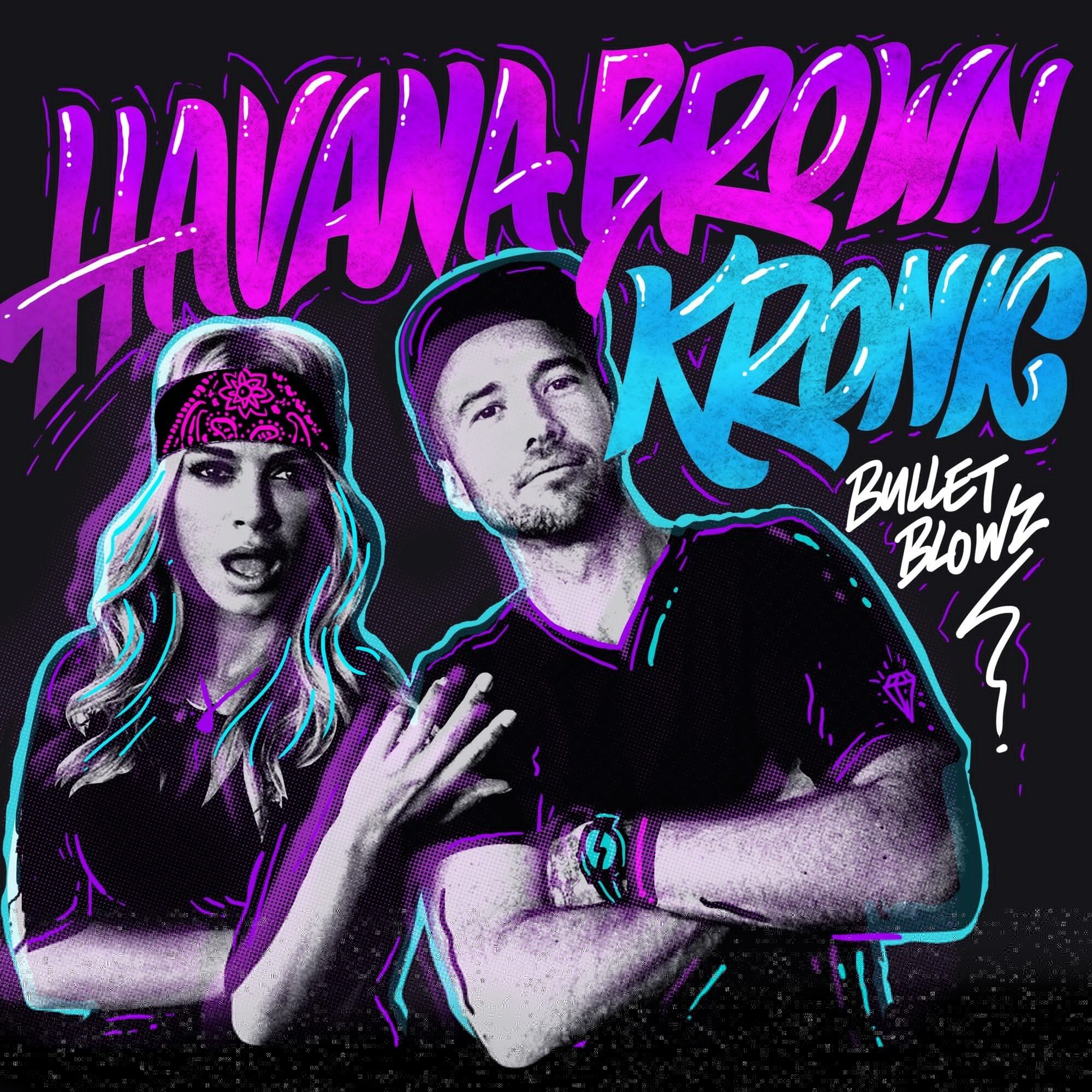 Just before his absolute ‘Beast’ of a track with Lil Jon and Senor Roar drops, Beatport-topping Australian EDM DJ/producer Kronic gets busy in the studio with fellow Down Under native Havana Brown on upcoming single ‘Bullet Blowz’. The pair delivers a juggernaut of an anthem perfectly timed for the international festival season, premiered exclusively this week via global music behemoth MTV.

With an undisputed knack for working with the world’s hottest producers – four Billboard Dance and Club Play Chart #1s under her belt, her collaboration with Pitbull ‘We Run The Night’ smashing its way to platinum status in the US and RedOne, R3hab, Luciana, Nick Clow and more credited on her album ‘Flashing Lights’ – Havana Brown knows a hit when she hears one more than most. After his own success on the Billboard charts producing the Lil Jon and Tyga hit ‘Bend Ova’ and upcoming collaborations with Chris Brown and Justin Bieber, Havana was more than keen to work with Kronic.

“Kronic and I have been friends since the start of our careers when we both lived in Melbourne,” Brown said. “I’ve always been a fan of the character and energy of his music, and after he remixed my single ‘Warrior’ I knew we had to collaborate on something original. The hard part was finding a time when we were in the same city together for more than couple of hours!”

Now with ‘Bullet Blowz’ ready to hit the download charts and ‘Beast’ receiving its first official play at Ultra Miami courtesy of MAKJ, the rising Antipodean star is beginning to make serious waves into the lucrative and hotly contested Stateside market.