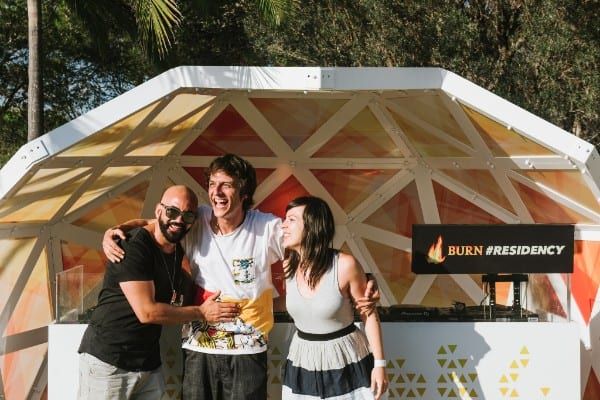 In its 5th year, BURN Residency received applications from over 9,000 aspiring DJs from 26 countries. One candidate from each country was selected for an opportunity to spend up to 3 weeks at the BURN Residency ‘Bootcamp’ in the world’s dance music capital, Ibiza. During this time, the competitors have attended lectures, mix-enhancing workshops, DJ master classes and undertaken numerous production and performance challenges. Guest mentors have included Five times DJ Awards winner Luciano, house music star Miguel Campbell, and SBTV Founder Jamal Edwards.

Over the course of the next ten weeks, finalists Mira, Ayman and Lorenzo will assume summer-long residencies at three of Ibiza’s most iconic nightspots.

“We want to see the contestants who remain here on the island continue to grow and develop,” Head Mentor Philipp Straub explains. “They will each be given a chance to play out at Sankeys, Café Mambo and Privilege as much as possible. Each contestant will be judged on their ability to adapt to their surroundings, as well as their imagination, poise and creative flare behind the decks. Sometimes we’ll join them by surprise, on other occasions we will announce that we’re coming. They will have studio time with UNER to develop their productions skills and we’re also planning a huge unannounced wildcard challenge to really see if they have what it takes!”

After their 10-week residency, one DJ will be selected and granted €100,000 to help progress their career. All three finalists recognise the value of being the overall BURN Residency winner having seen 2015 winner DJ Samanta sign to Dubfire’s The Bullitt Agency, and 2014 winner Javi Row joining Carl Cox and John Digweed on the legendary Safehouse Management roster.