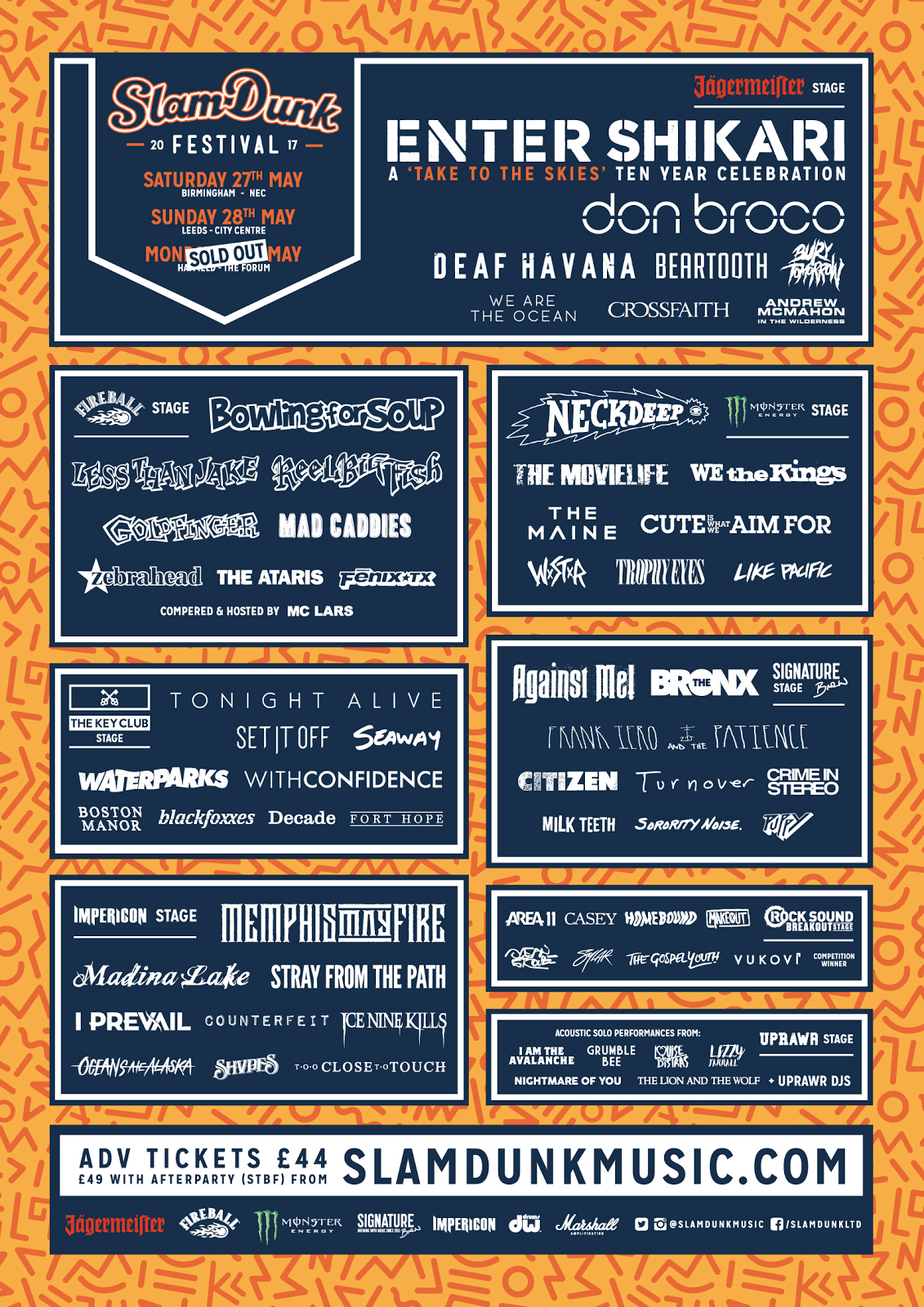 After first making their debut at Slam Dunk Festival in 2011, Bury Tomorrow have become undeniable festival favourites, exactly what you’d expect from one of the most exhilarating and definitive groups in modern British metalcore. Known for fierce melodies, anthemic choruses and raw heaviness, the south coast metalcore troupe have received critical acclaim in the form of a number one UK rock chart album, top 40 success in the mainstream chart and an unrelenting dedication from a braying fanbase and media alike.

After enjoying the success of their latest mind-blowing Album ‘Earthbound’ and returning straight from their biggest UK headline tour to date, Bury Tomorrow will add yet another unmissable moment to their repertoire as they are poised to deliver a groundbreaking set at this year’s Slam Dunk Festival.

Slam Dunk’s Ben Ray says ‘I’m so happy to have Bury Tomorrow back again! Although they DJ’d at last year’s event we certainly missed them live! It’s actually the first time this year we have had heavy bands on the main stage, so it was only right we include them!’

Offering an unparalleled display of pop-punk movers and shakers across 8 stages, Slam Dunk Festival is set to celebrate all things alternative as it welcomes incredible one-off anniversary performances from blistering headliners Enter Shikari, debut albums in full with American pop-rockers Cute Is What We Aim For and We The Kings, a special reunion performance from Madina Lake and the final-ever shows from We Are The Ocean. Whether you’re at Birmingham on May 27th, Leeds on May 28th or Hatfield on May 29th, Slam Dunk Festival 2017 will be the ultimate alternative party of the summer.