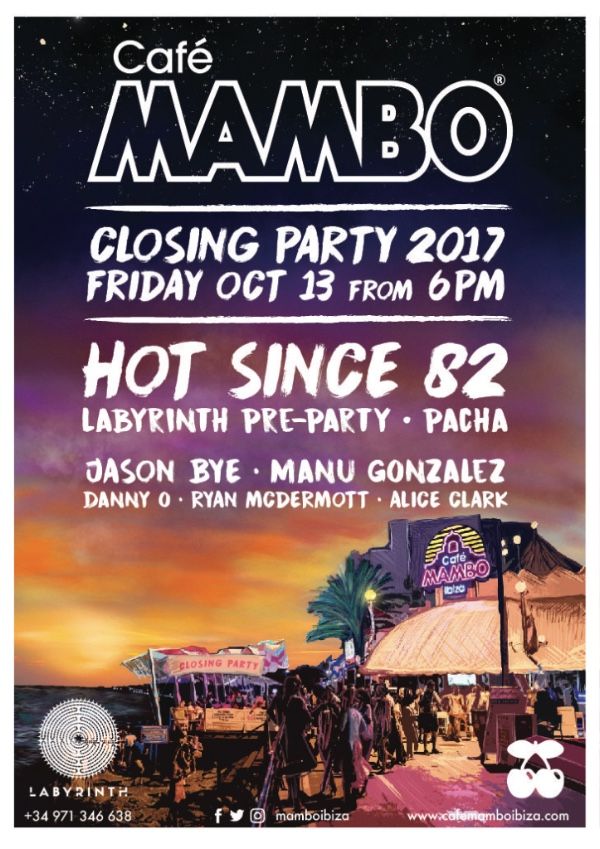 Legendary and essential in the rich clubbing heritage of its White Isle, Cafe Mambo closes another season filled with cocktails, parties and sunsets. This Summer has seen sets from the likes of Eric Prydz, Roger Sanchez, Bob Sinclar, Martin Solveig, Darius Syrossian, Fatboy Slim as well as the return of the annual BBC Radio 1 events as part of its weekend on the island with Annie Mac, Jessie Ware, Black Coffee, Duke Dumont, Jonas Blue and Gorgon City.

Next Friday 13th October marks the end of the season for the venue. Knee Deep in Sound mogul and Ibiza regular, Hot Since 82 will top the bill for the venue’s last hurrah before a newly added extra date to his Labyrinth residency at Pacha. Revellers will be treated to a Mambo style send off with their extended family bringing the vibes; Jason Bye, Manu Gonzalez, Danny O and other residents of the club will play.