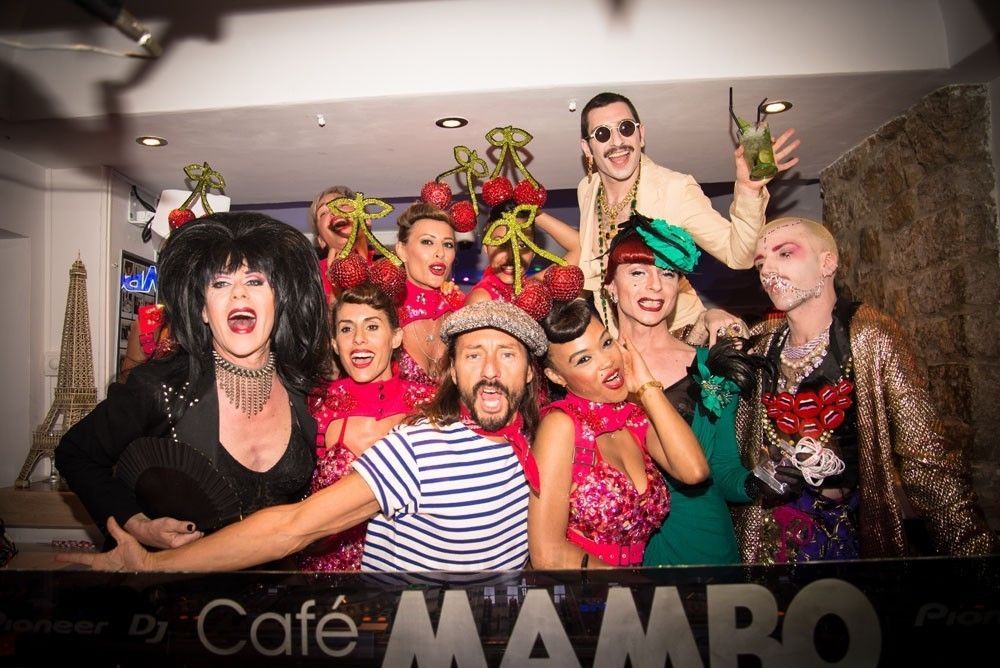 Café Mambo, Ibiza’s most spectacular sunset venue, has confirmed its pre-party line up for its 21st anniversary year.

Café Mambo has reconfirmed its status as the number one pre-party venue in Ibiza with daily launch parties featuring some of the most influential club brands and DJs in the World.

The venue is hosting some of the biggest pre-parties on the island throughout the season, and Cafe Mambo is once again the official host of Pacha pre-parties http://www.cafemamboibiza.com.

Mondays will see Aoki’s Playhouse featuring Steve Aoki and special guests. Tuesdays will feature Together & Defected In The House, ahead of their roadblocked party at Amnesia, one of the biggest weekly events on the island. Wednesdays will feature Martin Solveig’s My House at Pacha pre-parties, Thursday will see the return of David Guetta’s F*** Me I’m Famous, Fridays will host Insane at Pacha’s pre-parties and Saturdays will feature Bob Sinclar’s Paris By Night in support of Pure Pacha, which will feature exclusive decor and Bob brings a mind-blowing team of dancers.  Sundays sees a variety of events through the evening, of which the return of Solomon+1 ahead of his party at Pacha is one of the highlights.

For those looking for something a little different, Mambo has followed last year’s opening of Sushi Mambo, a sushi fusion restaurant combining Japanese and Peruvian flavours, with a brand new Cafe venue Bondi, in the fountain square in San Antonio, featuring a creative health-conscious menu using local and organic products, including cold-pressed juices and an extensive grill menu. Both are open daily and offer a relaxed and delicious option for sunset worshipping as well as a great location to enjoy pre-party nibbles and cocktails.

Café Mambo has been hailed as the place to party on the sunset strip in Sant Antoni, Ibiza, since 1994 and hosted its first BBC Radio 1 Weekend the following year.  With unrivalled DJ line-ups, mixed with food, cocktails and the world famous sunset, it is estimated the outdoor area has hosted as many as 23 million passers by during its tenure. Some of the star names who have graced the decks at this legendary venue include Pete Tong, Carl Cox, Swedish House Mafia, Solomun, Bob Sinclar, MK, David Guetta, Duke Dumont, Martin Garrix, Hannah Wants, Guy Gerber, Tiesto, Hardwell, Fatboy Slim, Steve Aoki and many more. Cafe Mambo also hosts the annual charity event, Mambo in The Mix, whereby superstar DJs serve drinks and food while the public make donations to take turns on the decks in aid of local charities – raising over €90,000 Euros in the last 3 years.