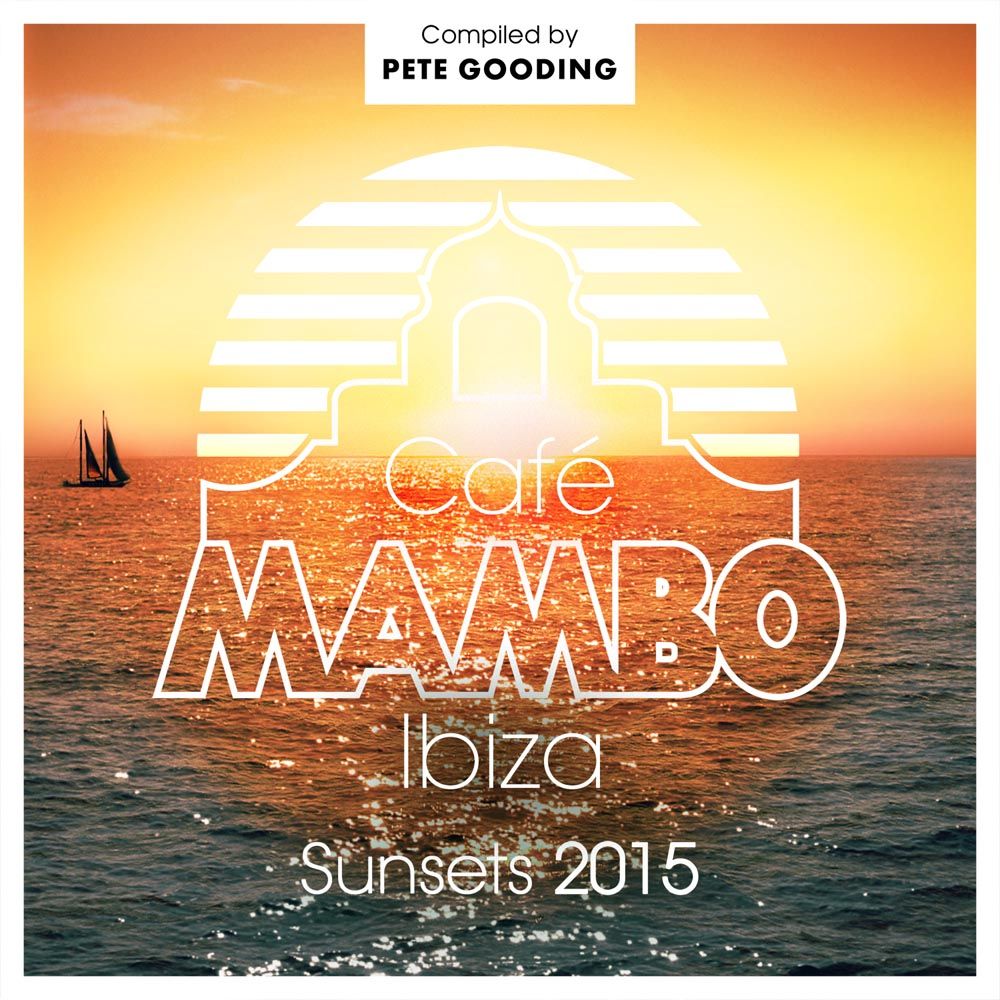 A limited edition vinyl release of Café MAMBO Ibiza Sunsets 2015 is being released by UMTV on 25th September 2015.

The vinyl version has been curated by legendary Café Mambo resident DJ and album compiler Pete Gooding and features the most sought-after sunset sounds from the essential selection of Balearic classics featured on the 43-track digital release.

Café Mambo has been hailed as the place to party on the sunset strip in Sant Antoni, Ibiza, since 1994 and hosted its first BBC Radio 1 Weekend the following year.  With unrivalled DJ line-ups, mixed with food, cocktails and the world famous sunset, it is estimated the outdoor area has hosted as many as 23 million clubbers during its tenure. Some of the star names who have graced the decks at this legendary venue include Pete Tong, Carl Cox, Swedish House Mafia, Solomun, Bob Sinclar, MK, David Guetta, Duke Dumont, Martin Garrix, Hannah Wants, Guy Gerber, Tiesto, Hardwell, Fatboy Slim, and Steve Aoki.
Pete Gooding, Café Mambo resident DJ: “I’m really excited about this year’s Café Mambo compilation. Each mix features a sunset running order, so if you’re familiar with my set at Café Mambo you’ll recognise the mid-tempo, down-tempo, and beatless sections, which genuinely reflect the vibe. There are classic tracks from people like David Bowie & Pat Metheny, Mike Oldfield, Barry White, Carl Craig, The Temptations, Timmy Thomas, Womack & Womack, Velvet Underground, Vangelis, and new music from Jose Padilla, Lydmor, Andras Fox, Balearic Gabba Sound System and Young Marco, as well as one of my own tracks. Please listen, relax and enjoy the sunset.”

– Incognito – Out Of The Storm (Carl Craig Remix)

– For me this is one of Carl Craig’s best remixes, it takes you on an incredible journey from start to finish and I have been playing this at Café Mambo for many years. It was always very hard to get hold of on vinyl so its great to make it available to people.

This is a lesser known track that has been edited by Enzo Elia from Balearic Gabba Sound System in Italy, for me this is the best Balearic track I have come across in the last few years, its a timeless piece of work that is as good as tracks like: Pacific State and Sueno Latino.
box ever since.

– David Bowie & Pat Metheny – This Is Not America (Instrumental)

A beautiful track from David Bowie & Pat Metheny that sounds so perfect in the sunshine, one of the previous Mambo DJ’s called Danny Whitehead used to play this all the time at the bar so it was a matter of time till it made it on to one of our compilations.

I made this track with Cafe Mambo in mind around 4 years ago, its a very melodic, atmospheric, ambient track that was designed specially for sunset. I made this with a friend from Miami called Jonathan Cowan.

– Timmy Thomas – Why Can’t We Live Together

This is Balearic classic from the days when Alfredo played at Amnesia, say no more.

This is a great track from French Jazz artist Chassol and with Gilles Peterson’s re-edit it’s even better, I heard Giles play this on his radio show about 6 months ago and got straight in touch with the artist of Facebook saying I needed it for this compilation and he was really happy to be part of it so I was very pleased.

This is a beautiful track taken from the Dutch producer’s latest album, all the tracks are great but as soon as I heard this one I knew it would sound great at sunset.

A1. The Ball & The Wall feat Clara Sofie – So Good (Balearic Gabba Sound System Remix)
A2. David Bowie & Pat Metheny – This Is Not America (Instrumental)
A3. Lydmor – Drugs In My Pocket (Afterlife Remix)

B1. Mark Barrott – Right For Me
B2. Incognito – Out Of The Storm (Carl Craig Remix)
B3. Timmy Thomas – Why Can’t We Live Together