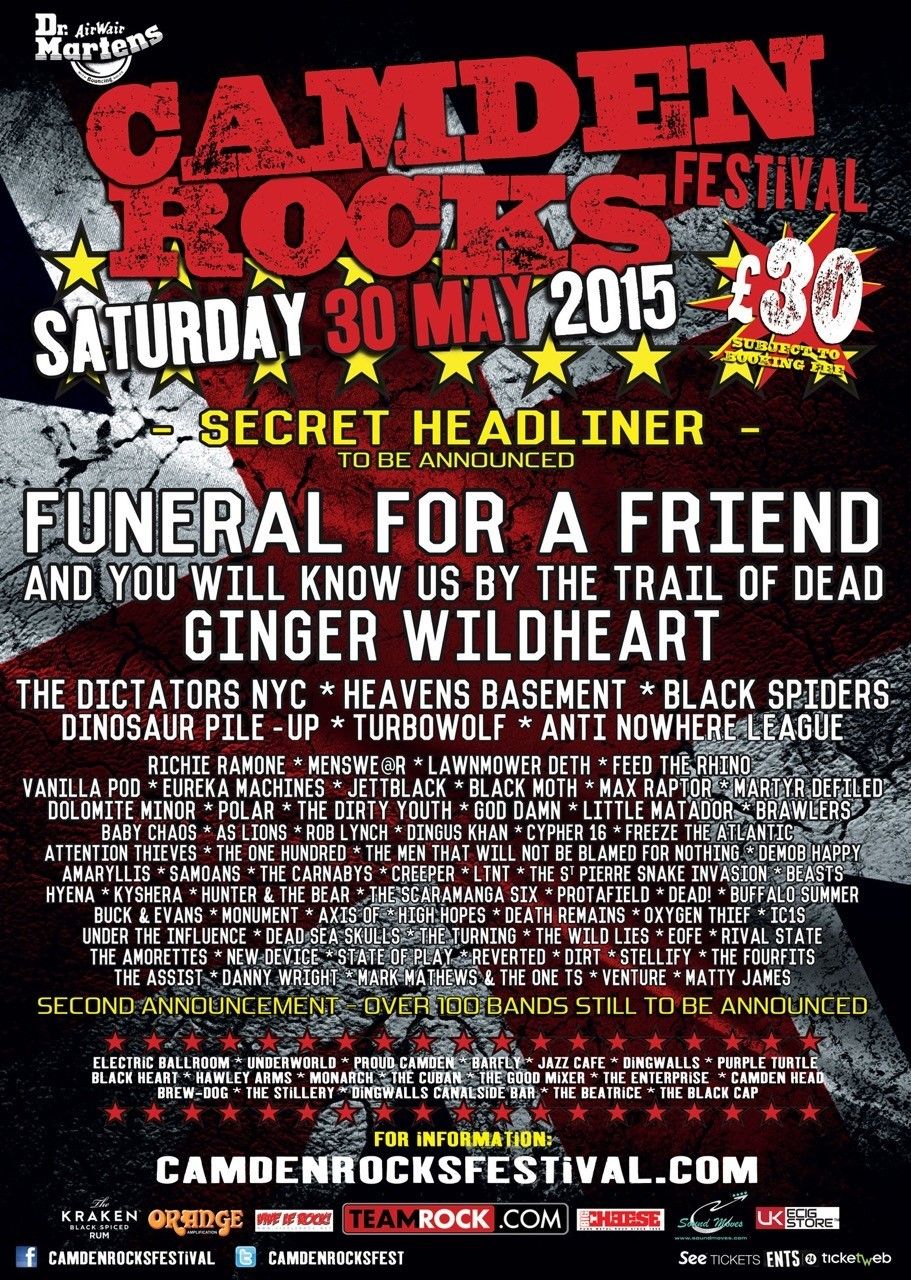 UK and US rock royalty comes together with Ginger Wildheart and Richie Ramone both being added to the bill. Other names including punk legends Anti Nowhere League and reformed Britpoppers [email protected] perform a very special 20th anniversary show, alongside hot rock property Jettblack, Dolomite Minor, Brawlers and a whole host more – including a very special secret headline to be announced.

Having already announced the likes of Funereal For A Friend, … And You Will Know Us By The Trail of Dead, Heavens Basement, proto-punk stalwarts The Dictators NYC, Black Spiders, Dinosaur Pile-Up, and more, this year’s Camden Rocks is set to be the biggest and best year. As well as using the legendary venues in Camden Town, Camden Rocks will also feature an outdoor stage in the Stables Market for the first time ever!

Looking forward to the festival, Ginger Wildheart says: “Last year’s Camden Rocks was the best fun I can imagine ever having without the use of straps and rabbits. I can’t wait to play again this year. I’ve had a word with the police and they’ve said it’s fine as long Chris McCormack accepts responsibility for me. See you at the bar, motherfuckers. I’ll be the naked one covered in mud.”

Richie Ramone, who performed and wrote with the Ramones from 1982 – 1987 says:  “Camden with it’s killer vibe, is always my favourite spot when I am in London. This year is extra special because the band is playing the Camden Rocks Festival, and I couldn’t be happier. It has always been on my wish list, and I can’t wait to hang out and see a bunch of cool bands, party, and hook up with old friends. Fuck yeah!”

Tickets are priced at £30 + booking fee and are available now from www.camdenrocksfestival.com.