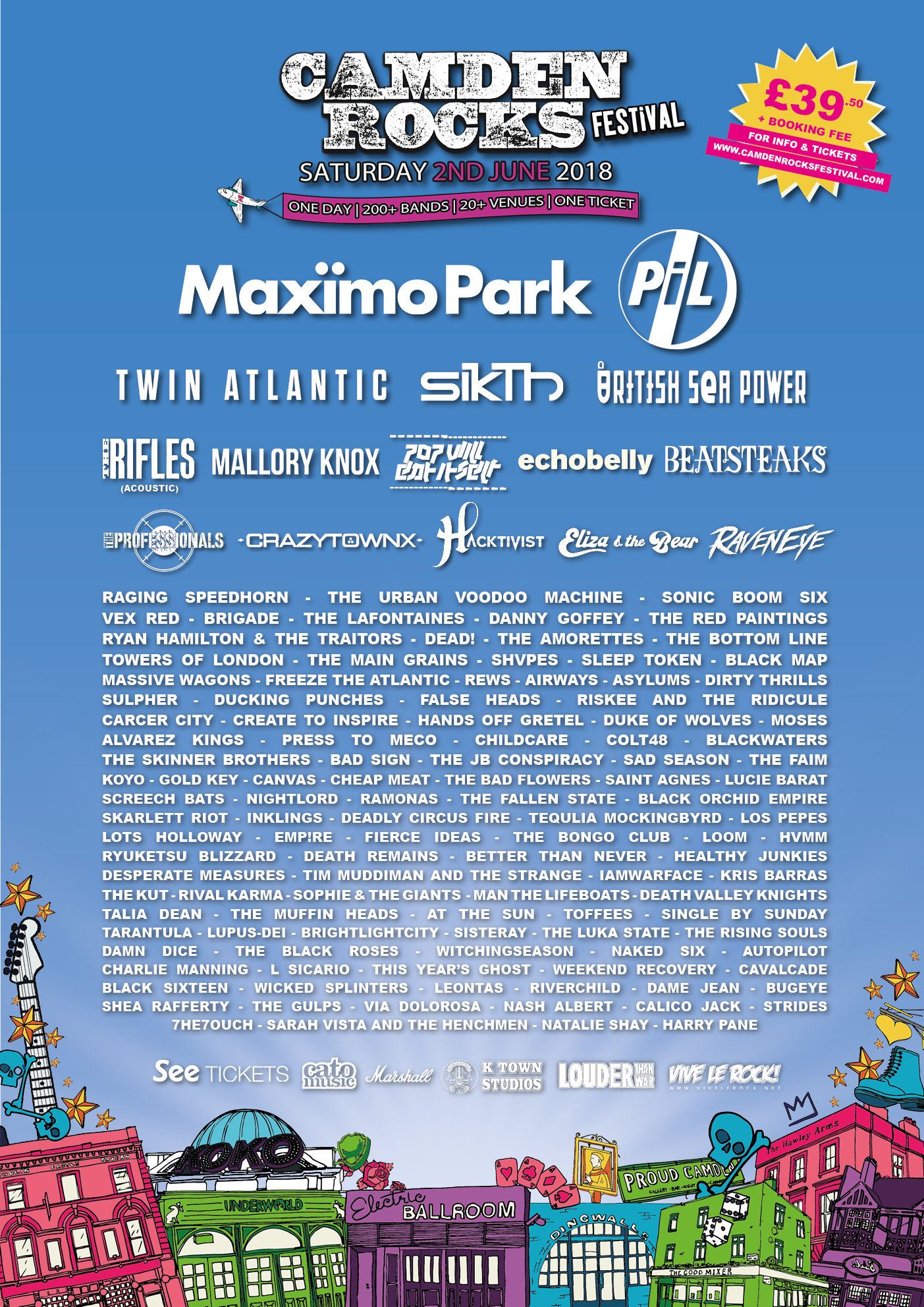 Camden Rocks Festival have confirmed more diverse rock and indie bands to the line-up for this year’s event on June 2nd, with the announcement of Brighton indie rockers British Sea Power and cult, progressive metal band SikTh, whose festival appearance is their only London show this year:

“The last show we played with SikTh at Camden Rocks was an incredibly intense and intimate show. Hope we can bring that energy to this one. We didn’t want to play London for a while but this offer came in and we couldn’t refuse. Really excited.“

These new headliners are joined by Camden favourites Echobelly and Danny Goffey (Supergrass) whose Britpop credentials were spawned on the streets of Camden’s most famed venues.

Camden Rocks have also opened their annual main-stage band submission competition where a lucky act can sneak onto the bill of this year’s event at the legendary KOKO venue. For a band to be in with a chance, submit them athttp://po.st/CRF18bandsubmit.

Grab your tickets now whilst they are still available from www.camdenrocksfestival.com where you can also find the full line-up and all festival information.