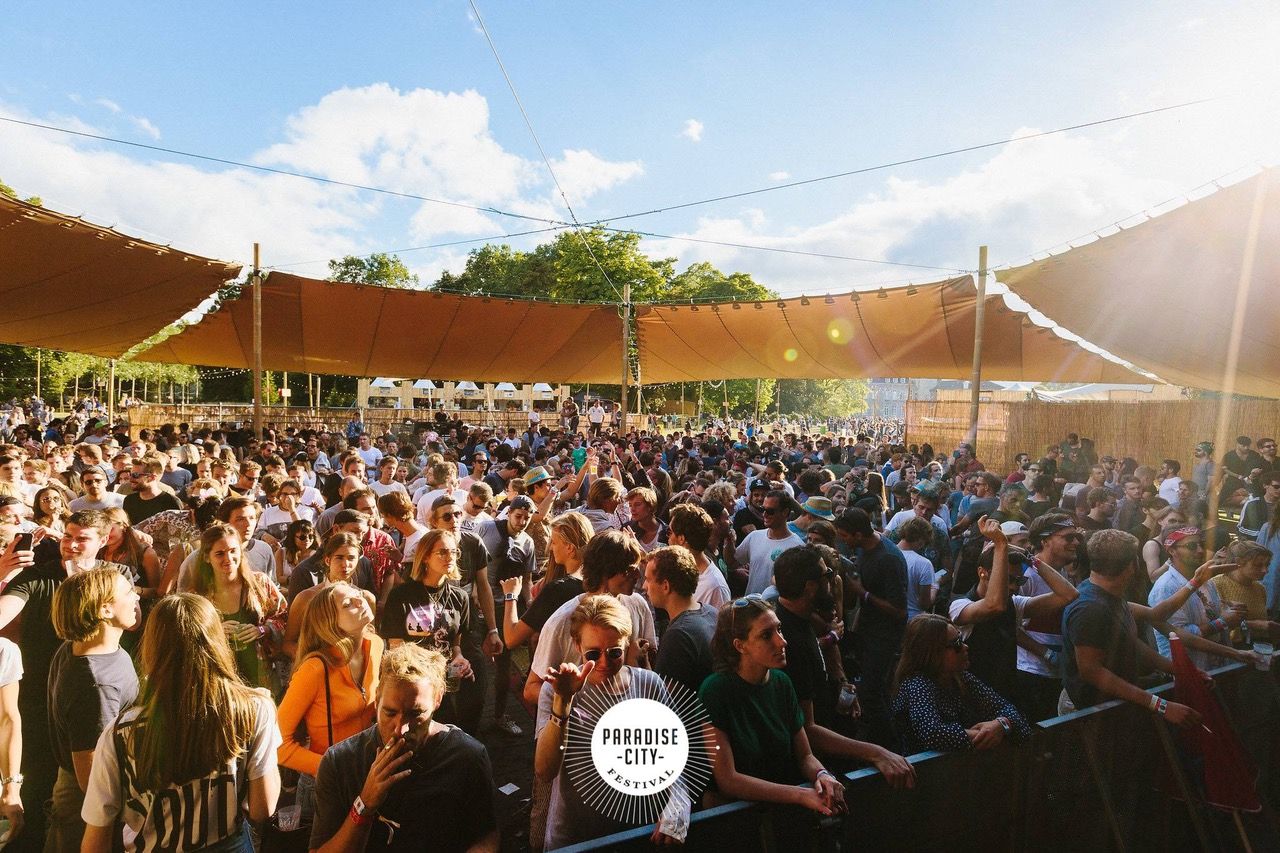 The fourth edition of environmentally aware Paradise City Festival is set to play out from June 29th to July 1st  2018 at the Castle domain of Ribaucourt in Belgium, only 15 minutes away from the city centre of Brussels. Once again, the cosy festival mixes a carefully curated line up with a conscious mission to try and show there is a greener way for the world to live. The first names to be announced include Call Super B2B Objekt, Bedouin, Denis Horvat, DJ Koze, Jennifer Cardini, Kink, Laurent Garnier, Omar Souleyman, Or:la, Jayda G, Red Axes live and Romare live band, with many more to come.

Paradise City is a green festival which received a Highly Commended Award at the A Greener Festival Awards 2017 and is determined to hold that well earned title. That is evident from the extra efforts that the organisers make each year with things such as a car share scheme that results in a discount for anyone who uses it is also in operation, and the fact all food waste will be sent off after the event to be turned into biomass.

Each year the organisers aim to reduce the ecological impact of the festival and always look at new green options for power. They also ask all their team, suppliers and sponsors to take an ecological stand with them and last year went from fuel generators to biofuel generators and achieved a reduction of 50% of their diesel usage while also using solar power as often as possible.  All this means Paradise City Festival is is an ecological dream with less waste, fewer emissions and more delicious and sustainable food (of which most is locally sourced and organically grown with ingredients from fair-trade sources) than any other event of its kind.

The festival ground is a stunningly natural and historic setting with a beautiful castle at the centre. It is a place to forget urban life and is easily accessed as it's only 15 minutes from Brussels City. This year the layout and stages (all decor is made from reused wood, and all cups are reusable) are being changed so that breathtaking views of the castle can be enjoyed by all: essentially, Paradise City is a sanctuary that explores what a better future for us all can look like. It's a place that promotes diversity, where conversations and inspiration can blossom and where meaningful encounters will occur.

Once again, the 2018 event offers only the most connoisseur names from the underground; some are veterans, and some are new stars in the making. True to their mission to be diverse, Paradise City boasts a wealth of female talent including Canadian house and disco party starter Jayda G, the fast rising Or: la and electro pioneer and Correspondent label boss Jennifer Cardini. Bulgarian live techno specialist and master of machines KiNK also brings his spectacular show, while techno royalty Laurent Garnier also plays and there is a very special back to back between Houndstooth's Call Super and Objekt that will see the two esteemed producers and masterful DJs bring out the best of each other.  Add in desert house artists Bedouin, the mystical and curveball loving Pampa boss DJ Koze, world music maverick Omar Souleyman and a live show from Life And Death and Dark Entries associates and synth and guitar fusionists Red Axes, plus a full live band from Romare, and you have a diverse and on point mix of DJs and live acts who all excel at what they do.

With 52 more acts to be announced from across the worlds of house, techno, electro and disco, Paradise City Festival 2018 is—once again—very much living up to its name.