TooManyLeftHands - Can’t Get To You (Feat Layth) 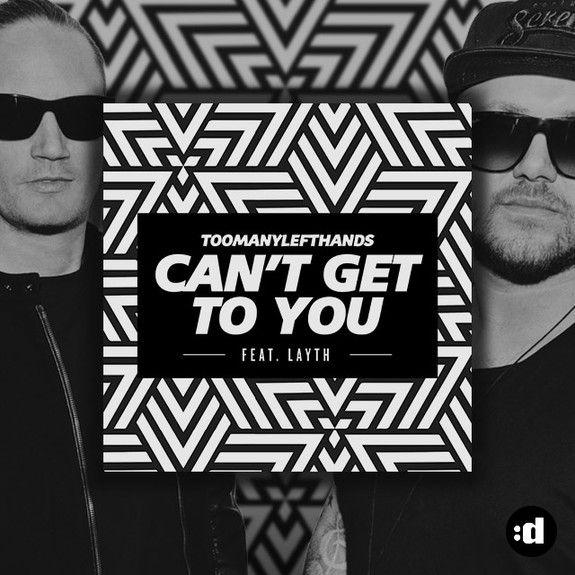 TooManyLeftHands - Can’t Get To You (Feat Layth)

Danish duo TooManyLeftHands, consisting of Martin Nick and Anders K, are back with a new Indie Dance infused original, 'Can't Get To You' featuring Layth, out now on Scandinavian imprint disco:wax. They are looking to follow up their two previous hit singles, 'Trouble' and 'Too Young To Die' with another melodic smash. 'Can't Get To You' premiered on revered YouTube channel 'Mr. Revillz', and renowned Soundcloud channel ‘This Song Is Sick’, and is now available to purchase via all digital retailers.

'Can't Get To You' features a soothing guitar lead punctuated with pop-heavy vocals, and a light, yet tastefully funky bassline. With their masterful use of vocal and chord based layering, the listener can easily discern the production prowess of TooManyLeftHands. The two young DJ's achieved a gold certification in Denmark via their last hit 'Too Young To Die', and are looking for another one in 'Can't Get To You'. Expect their latest effort to be all over the radio waves, as the pop crossover potential for 'Can't Get To You' is absolutely monumental.

Over the past 4 years, TooManyLeftHands have evolved into a massive club act, playing over 250 gigs in the past 2 years, and sharing the stage with the likes of Avicii, David Guetta, and Tiësto. They've held down the Mainstage at Sweden's massive Summerburst Festival, and spun at the legendary Privilege in Ibiza, proving there's no stage too big, or club too storied for TooManyLeftHands. The duo have garnered a sizable following in their home country of Denmark, and recently won a slew of impressive awards including 'Club Act of the Year' at the Danish Grammys, and 'DJ of the Year' at the coveted Danish DJ Awards. With over 12 million streams on Spotify between their past 3 singles, TooManyLeftHands are set to make 2016 their best year yet. Follow the Danish dance icons on their socials below, and keep up with disco:wax for the latest and greatest in Nordic EDM.