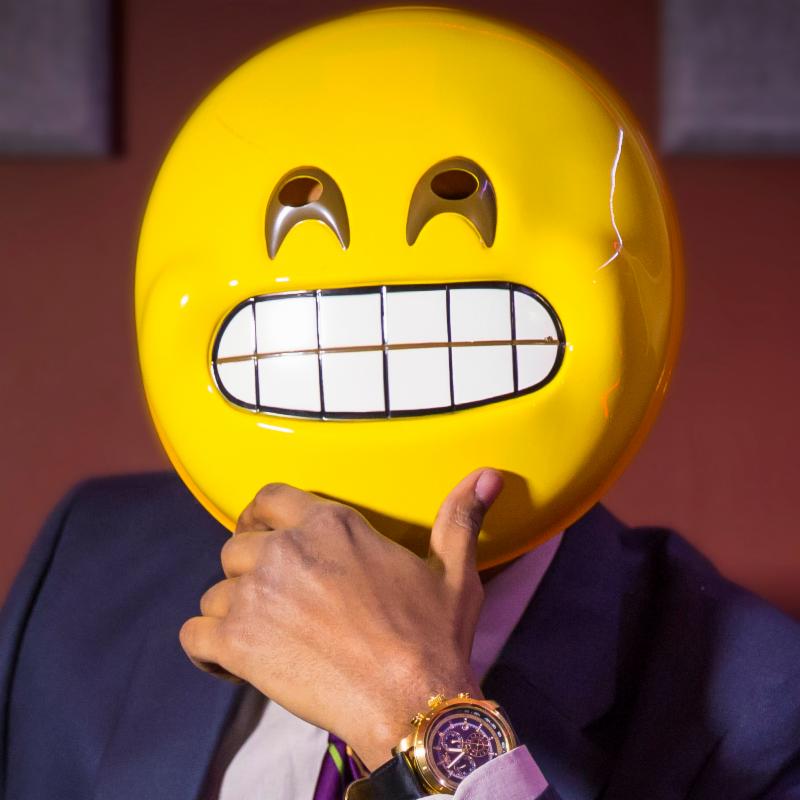 His name is Emojii, spelled with two i's… and a smile. He recently proposed to his girlfriend using a song he wrote and created for her and then captured the entire proposal to feature in his brand new music video.

"November 5, 2016, a young woman stands on a pier in Edgewater, New Jersey. Upon discovering a mysterious video message, delivered to her phone moments ago, she opens the attachment. This is what she saw…"

This is how the video for "Can't Stop Falling" commences. We see Emojii prepare for the big moment as he goes through a wide range of "emojiions." The upbeat and catchy song proves to be the perfect soundtrack for one of the most happiest (and nerve-racking) moments many of us get to experience at one point in our lives.

When the song finally comes to a climax, we see Emojii propose to his girlfriend – and she says YES!

Emojii is a singer, songwriter and musician from Hackensack New Jersey. His music features a unique blend of various styles including Pop, EDM, Dance, and R&B. He plays piano and drums and was a music major at Bergen Community College and later went on to William Patterson University. He also had the privilege to perform at the prestigious Carnegie Hall with New York University in an event to raise money to fund music schools for children with special needs.

When thinking about how he wanted to propose, he thought it would be romantic to write a song. The song started out as nothing more than a few chord progressions written down on a piece of paper.
Then he went to a studio called ANS Studio's located in Cresskill New Jersey to turn these chords into a real song. At the studio Emojii composed, wrote and sung the song you hear now. Although the song started off more like a romantic piano and vocal rendition Emojii decided he wanted his listeners to feel happy and upbeat when they heard this song. After all: proposing to the one you love is an exciting experience and he wanted to share that feeling with others. So he chose to go for a more Dance type of sound. Maybe one day he'll release the more romantic version to capture the wedding.

So how exactly did they meet and what attracted him to her?

Emojii: "We actually met at work. I'm a State employee and she works in the same building. I admire how she really goes out of her way for others."

Music has always been something dear to Emojii. The most beautiful thing about it he feels is the ability to share emotion with others. His goal is to use that power to share positive music and give people something that they can feel happy about in their lives.

Emojii's music can be found on most major music streaming and download sites. Here are links to the biggest ones.