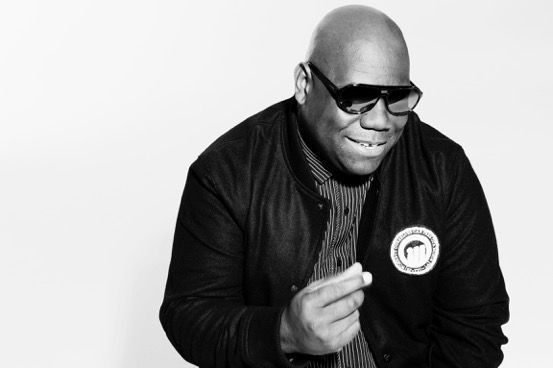 After 15 years at Space Ibiza we’ve seen many changes to the island, but one constant has always been the huge success of any event involving Carl Cox. As such, his return in the summer of 2017 is already one of the most anticipated new parties of the year, and with the Ibiza rumour mill in overdrive, we are happy to finally announce that CARL COX will be back for a series of special shows under the PURE CARL COX banner, starting on Tuesday 11th and Tuesday 18th July.

Says Carl…. "I’m really looking forward to getting back to Ibiza and to kicking off these special events with my awesome team from Space, Dave Browning, Eóin Smyth and the Game Over crew, and boy, have we got some parties lined up for you this year.  Starting with two parties at Privilege, I will be bringing my PURE festival vibes from Australia to the Main Room with a full techno and house line up. I cannot wait to rock this club. See you on the dancefloor… Carl :-)"

Carl will bring his PURE festival vibes to the main room at Privilege with a wealth of experience, panache and true clubbing spirit. Think rave, old school energy and pure clubbing anarchy then you might start to get a taste of what’s in store.

Privilege, recognised by the Guinness book of records as the biggest club in the world, was the natural choice as our new home after the sadness over the closing of Space subsided. Having housed many legendary events over the past 20 years, Privilege is going through a full re-fit including a Funktion One sound-system update that promises to make it one of the best in the World.  The club boasts a main room of epic proportions and plenty of other rooms to sample so they are perfectly primed for the return of the ‘King Of Ibiza'.

GAME OVER is the brainchild of the highly successful Carl Cox at Space Ibiza team headed up by Dave Browning and Eóin Smyth along with their stellar island crew. This team have been responsible for some of the island's most hyped events over the past 15 years. GAME OVER first came to light on the 21st September 2016 when all around the island of Ibiza the words ‘IF YOU KNOW YOU KNOW were on everyone’s lips. Unknown to most, this simple message was the clue to one of the most sensational after parties in Ibiza’s history. GAME OVER curated the afterparty of the mammoth closing of Carl Cox’s 15 year Residency at Space Ibiza in the idyllic surroundings of Benimusa Park. Expect big things for 2017!