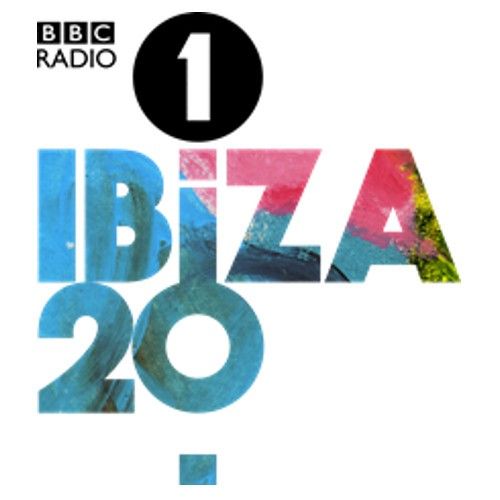 BBC Radio 1’s Annie Mac announced the full line-up for Radio 1 Ibiza 20 Friday evening, taking place from 31st July – 2nd August, marking 20 years of the station broadcasting shows and hosting events in Ibiza. As a part of the celebrations, the best dance acts, both new and established – including, Patrick Topping, Erick Morillo, Gregory Porter and Carl Cox – will join the line-up for the three massive events that will take place across the weekend – hosted by Radio 1’s Pete Tong, Annie Mac and Danny Howard.

Alongside the already announced Calvin Harris and Disclosure, Dusky, Jamie Jones, Patrick Topping, as well as Radio 1’s Pete Tong, Danny Howard and Monki will join the line-up for the first event of the weekend, hosted by Annie Mac at Ushuaia Beach Hotel on Friday 31st July. The event will be broadcast live on Radio 1 from 6 to 11pm (UK time).

On Saturday 1st August, Gregory Porter, Erick Morillo, Redlight, Blonde, Annie Mac, Pete Tong and MistaJam have been added to the line-up for Danny Howard’s event on San Antonio’s sunset strip – appearing alongside the already announced Rudimental and Duke Dumont. The event will be broadcast live on Radio 1 from 6 to 11pm (UK time).

Pete Tong will host the final event of the weekend at Ibiza Rocks Hotel on Sunday 2nd August, with Carl Cox, Andrea Oliver, Annie Mac and B.Traits joining the line-up alongside the already announced Faithless and Kolsch. The event will be broadcast live on Radio 1 from 7-11pm (UK time).

Tickets are available now exclusively via the Radio 1 website – those listeners over the age of 18 that would like to be there will need to visit bbc.co.uk/radio1 and click on the event they would like to attend- full terms and conditions are on the website. Tickets for the sunset strip event are free and randomly selected by ballot and there is a charge for the Ushuaia and Ibiza Rocks Hotel events.

In the week leading up to the Radio 1 Ibiza 20 celebrations, there will be takeovers from FACT, Resident Advisor, Thump and Eton Messy, a visual documentary on Radio 1’s BBC iPlayer channel uncovering David Guetta’s Ibiza, a Radio 1 Stories documentary exploring the myths and legends of the last 20 years of Ibiza, as well as the Radio 1 Ibiza Prom live from Royal Albert Hall on 29th July, curated by Pete Tong and featuring orchestrated reworkings of dance classics with guest vocalists John Newman and Ella Eyre.

As well as the events, a number of Radio 1 shows will broadcast live from a secret location on the Spanish island to mark the special anniversary including Annie Mac’s Thursday evening Radio 1 show (7-9pm UK time), The Radio 1 Breakfast Show with Nick Grimshaw will come live (06.30-10.00am) from the island on the Friday, and again on Monday morning as the weekend draws to a close, and on Saturday evening, MistaJam will also head to the White Isle for a special one-off broadcast, showcasing some huge Ibiza anthems.

Alongside these events and shows, listeners will also be able to enjoy Enter live from Space on Thursday 30th July featuring Radio 1’s very own Heidi, as well as Hot Since 82 from Space, and 20 years of Ibiza Classic Essential Mixes on Friday 31st July.

Audiences at home will be able to enjoy Radio 1 Ibiza 20 live on Radio 1, via mobile and the BBC iPlayer Radio app. The event’s will also be live streamed in vision on Radio 1’s website, via BBC Red Button and video highlights will be available via Radio 1’s YouTube and BBC iPlayer channel.