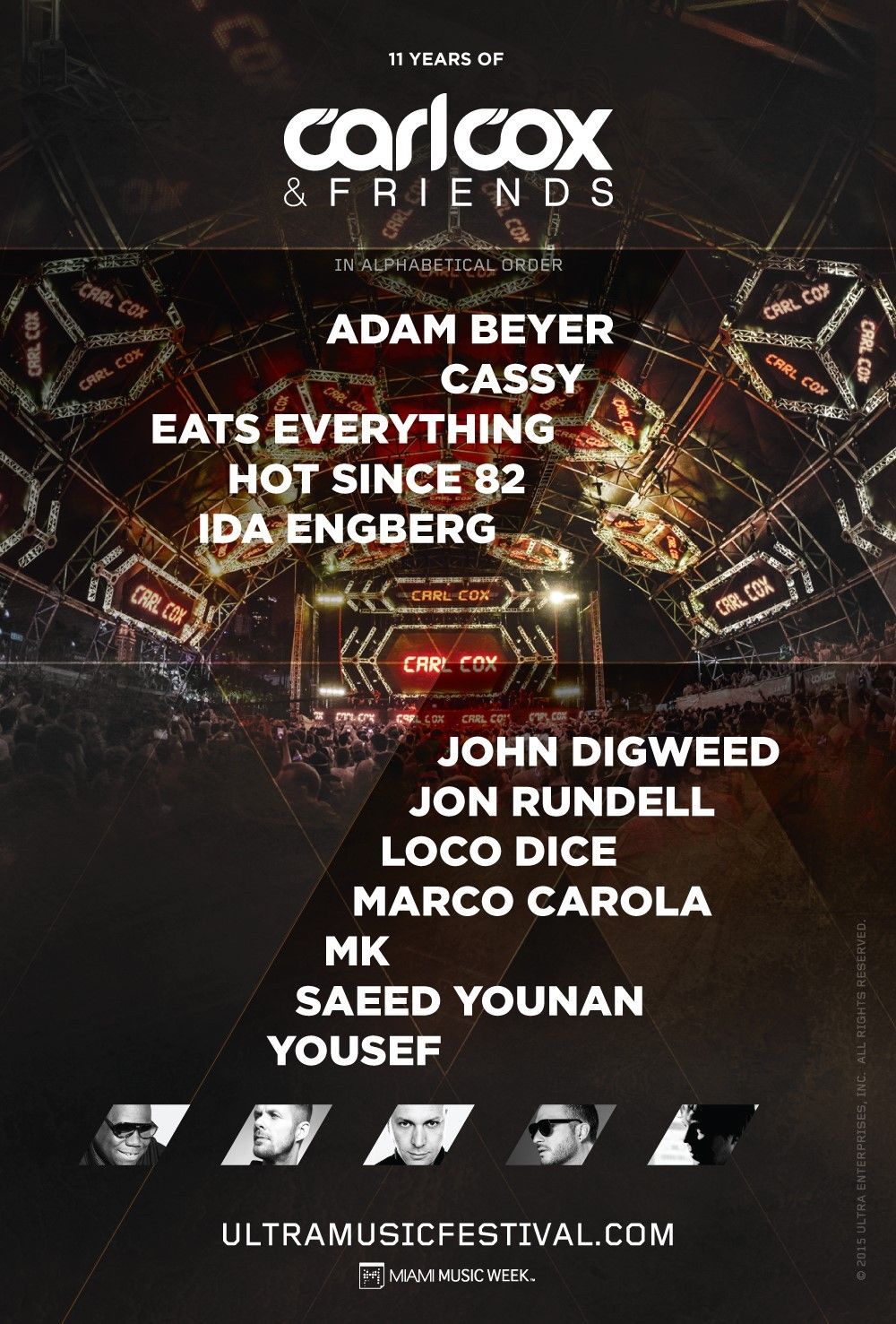 Carl Cox is of course, dance music royalty, having pushed musical and technical boundaries of the electronic music landscape for the better part of 30 years. He’s an indomitable spirit and a passion filled artist that takes the art of the DJ to another universe. He’s always got a smile on his face and another track to play for us and with all that he gives, his fans never cease giving it right back. There is a synergy that is palpable when Carl hits the decks; those who’ve felt the power of his performance understand this. He simply is the best of the best.

Carl is returning to the US for a series of dates this year with a crowning jewel being his 11th Carl Cox & Friends arena at Ultra in Miami. Longtime supporters of one another, both Carl and the organizers of the festival work diligently to create unique, visually stimulating environments within each new inception of Carl Cox & Friends. This year will be no exception. Talent on each of the CC&F’s lineups are curated personally by Carl to ensure a seamless flow of energy throughout the day and into the night.  Production values are at the epicenter of this arena, and fans are submerged in an aural playground that is beyond compare. Every attention to detail is seen to insuring that fans, and those watching from home, get an experience they’ll never forget.

This year Carl and team have added another bonus to the mix, a live radio broadcast from the CC&F arena at Ultra on Saturday the 28th to celebrate 12 years of Global Radio (which is now syndicated in 88 countries and heard by 25 million listeners a week). The broadcast will air live on Mixlr.com and fans can follow mixlr.com/carlcox now for pop-up broadcasts featuring classic sets from the last 12 years of Global. The show will also air across some 30+ FM networks with more being added each day.

Can’t make it to Miami? Then be sure to catch Carl at one of these US tour stops: