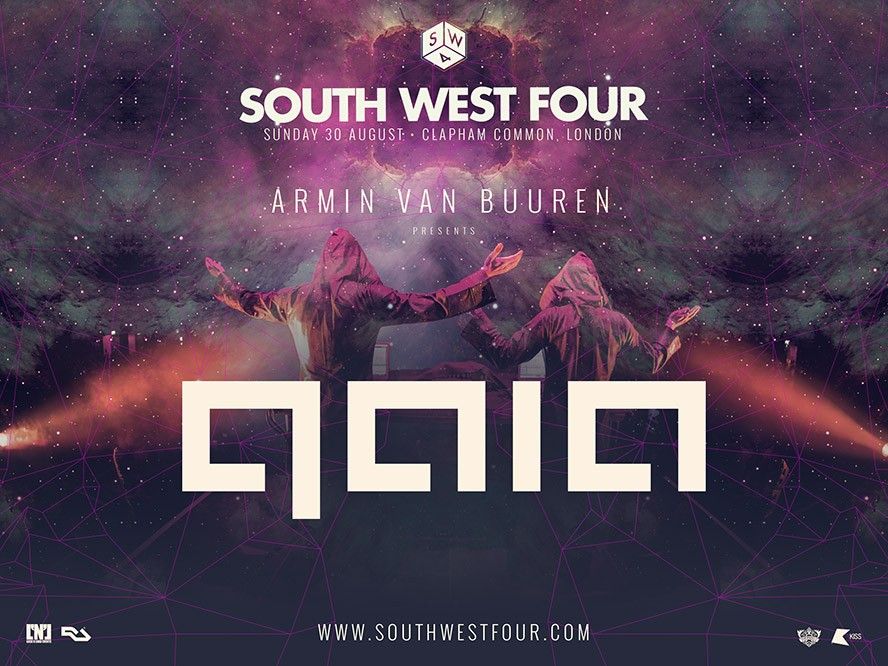 With more royalty on its way to Clapham Common this August than a state banquet at Buckingham Palace, the South West Four 2015 lineup represents a who’s who of the dance music elite.

From Faithless’ first performance in the Capital in four years, the showcase of global phenomenon Skrillex, to the debut of Fatboy Slim’s Smile High Club and South London legends Basement Jaxx, plus the return of SW4’s favourite son Eric Prydz, we are leaving no stone unturned. However today we announce the return of the King. A man who established himself as an SW4 icon many years ago, returns to the festival to present the UK debut of his ‘Gaia’ project. So please be up-standing and expect to be blown away as we welcome Armin van Buuren back to South West Four…

Returning to the Capital for the first time since headlining our 10th Anniversary back in 2013, we can reveal that Armin van Buuren will present the UK debut of his ‘Gaia’ alias at SW4 2015. Firmly based around his uplifting and euphoric sound, Gaia has been a production name for Armin since the late nineties, however only now is he ready to bring this to a live audience. Having specifically chosen SW4 to showcase this new concept in a full UK festival exclusive, this appearance will look to build on the inaugural performance of Gaia which destroyed Miami’s Ultra Music Festival last year. With a new Armin album in the pipeline for release later this year, this reincarnation of one the world’s greatest DJs is set to shake London to its very core. You’d better be prepared for this…

ARMIN VAN BUUREN SPEAKS TO SW4…
Ahead of the UK debut of Gaia, Armin van Buuren spoke exclusively with the South West Four website to give some insight into this hugely anticipated performance. Armin explains how the Gaia concept came about and why SW4 is the “logical choice” for its inaugural performance of the project on our shores. We look back at Armin’s previous performances at South West Four and why this will be his most memorable set at the festival to date.
To read the interview in full please head to www.southwestfour.com

With a record breaking uptake in SW4 Saturday tickets so far, the demand to be a part of this year’s Clapham Common extravaganza is crazier than ever. Saturday and weekend tickets are now on general sale priced £60 and £110 respectively and for a limited time only all those who purchase eight tickets will get a 9th absolutely free. Saturday and weekend tickets will increase in price and the group offer will expire at midday on Friday 27th March, so don’t leave it any longer to take advantage of this exclusive offer…