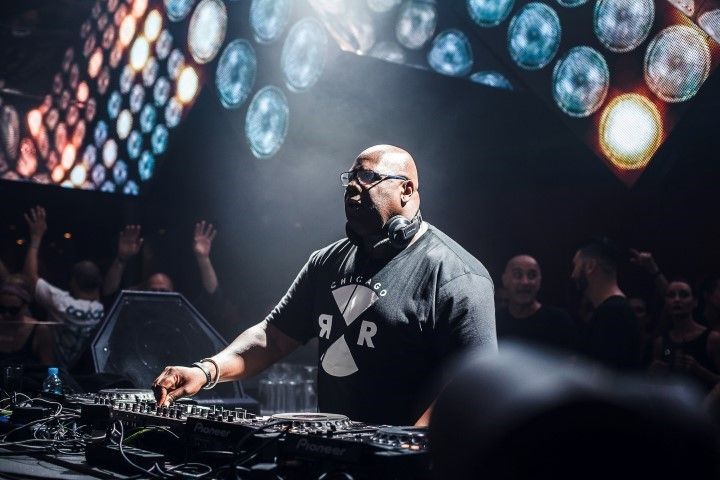 It’s hard to believe another Ibiza season is coming to an end, but after 11 amazing weeks at Space, including some of the busiest and biggest nights in Carl’s 14 year history, his 2015 residency goes out with a bang next week.

Music Is Revolution – The Next Phase, closes on Tuesday 22nd September, ending the season in style with Carl at the helm, joined by Desolat’s revered head honcho Loco Dice and tINI and on the terrace America’s house gangster DJ Sneak, Monika Kruse and the illustrious Just Be.

Carl Cox:
“This has to be the most unreal thing – I have held down the residency at Space for 14 years and with everything that has been going on in Ibiza this year we have had our best year ever.”

“The response from the people has just been phenomenal. There are so many places you could go in Ibiza but so many people choose to come to our night based on what we give. I have loved every minute I have played – when I am behind those decks looking at that room it’s not only electric but it’s everything I have ever wanted as a DJ.”

Lynn Cosgrave, Safehouse:
“We have had an amazing season this year, the best in 14 years which stands testimony to Carl, the other great talent that was booked and has been booked.  I also think it shows that if you stick to your moral values you will always succeed. Well done Safehouse Ibiza Team too!”

Since the opening party on July 7th, thousands of music-savvy clubbers from all over the world have packed out Space week after week, to witness an unparalleled array of DJ talent, confirming Carl’s residency is still one of the most popular nights on the island. Throughout the 14 year history Carl and Safehouse have cemented themselves as one of the industry’s top talent spotters and boldest programmers in Ibiza.