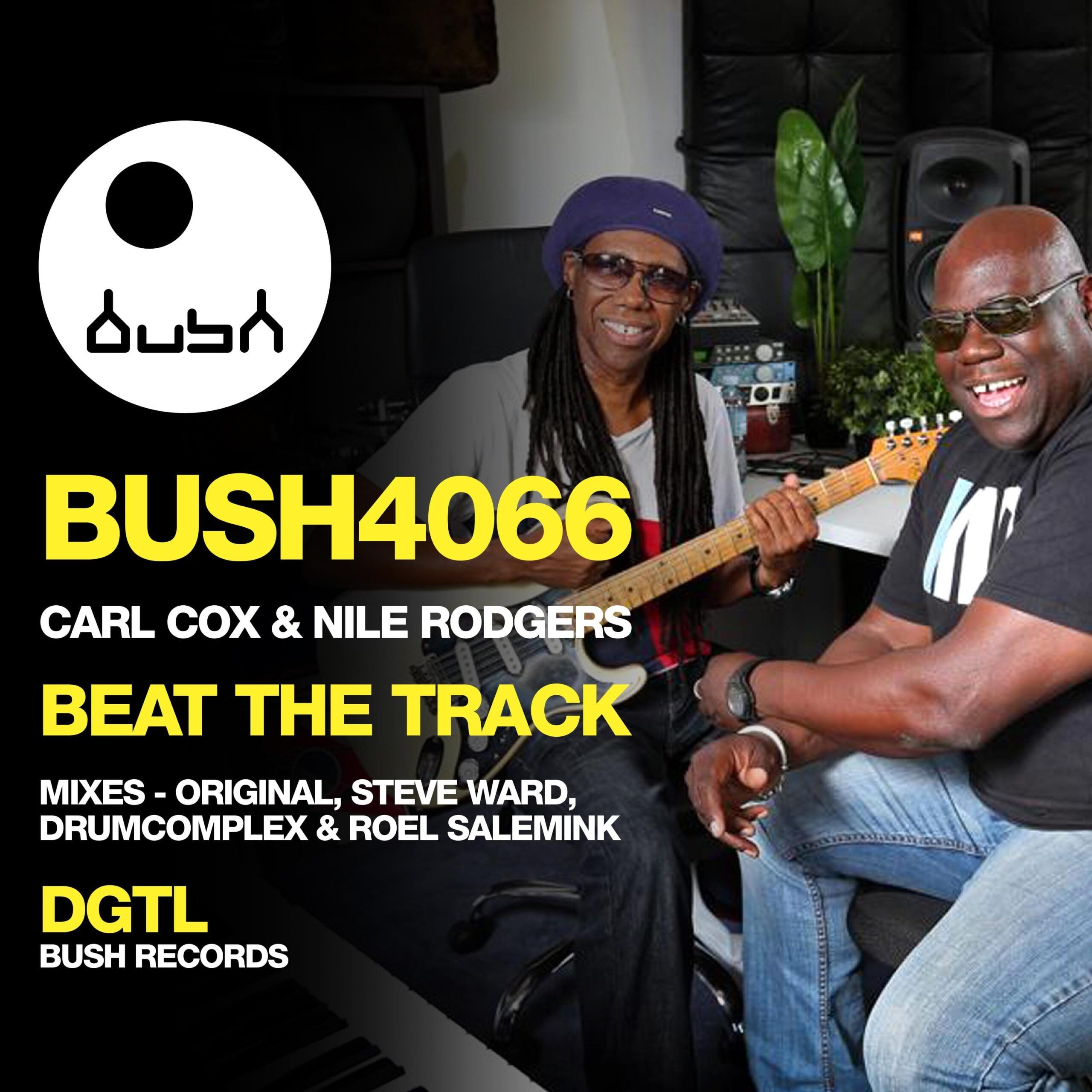 What can you say when two of the most respected and seminal artists come together for one special musical moment? You can say, Oh Yes, Oh Yes, the rumors are true! Carl Cox and Nile Rodgers are finally set to release their first ever collaboration, “Beat the Track” [BUSH Records] which has dual premieres today on both Pete Tong’s BBC Radio One show as his ‘Essential New Tune’ and onSpotify’s most followed electronic playlist Mint.

So, what does this union of legends sound like? Driving rhythms that build and build while Nile’s guitar weaves a story only it can tell. It is one of those songs that truly has the magic of both artists layered in equal parts, a song that will resonate with fans of each because it truly captures both Carl and Nile’s purity of sound. The brilliance of what they have created is that it just feels so good when you listen- like two friends finishing each other’s sentences. Music that is good for the soul.

The story of how this collaboration came to be is just as inspired as the song itself. Carl met Nile on stage at Ultra Music Festival a few years back as both have been long time fans of each other for years, but had never met. This encounter seemed to spark the creative juices and suddenly align both men in just the right places at the just right times across the globe and, as fate always has it, the two found themselves alone together in a hotel lobby in the Isle of White.

The rest, as they say, is history.

It’s heartening to know that artists of Carl and Nile’s caliber can be humbled by one another's work and be able to express this without one shred of ego. The best testament to this is Carl himself recounting the actual moment Nile suggested they collaborate along with the unfiltered story of this two-year journey.

Hear Carl tell the story on Billboard Dance (starts at 21:45)

This is a special one to be sure, so please spread the word and the love on this legendary collaboration.
Beat the Track premieres this Friday, October 27 as the ‘Essential New Tune’ onPete Tong’s BBC Radio One program and the streaming premiere happens onSpotify’s most followed electronic music playlist Mint.