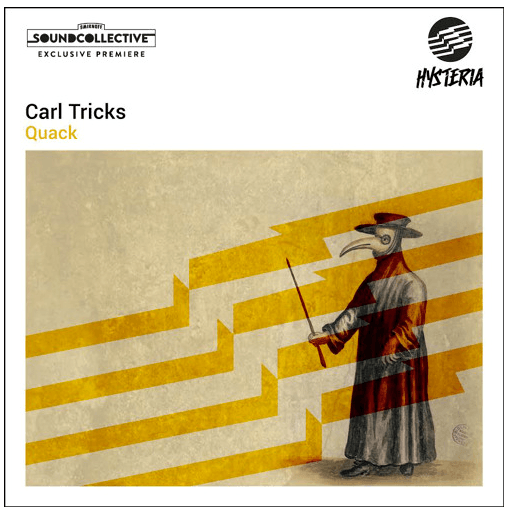 Premiered on Smirnoff Sound Collective, Carl Trick’s first original production of 2015 has arrived just in time for the height of the festival season, with ‘Quack’ a high-energy track that screams Main Stage madness from beginning to end. A progressive buildup kicks the track off with a pounding bassline and dark pumping synths. Featuring a vocal sample that promises, “here is something that makes you bounce”, Carl leads listeners straight into a full on Melbourne influenced drop, to provide an unrelenting cut for a label at the very top of its game.

Renowned for creating jaw-dropping anthems, Carl Tricks is no newcomer to the dance music scene. Having collaborated with Bingo Players as well as crafting official remixes for the likes of Sunnery James & Ryan Marciano, Nadia Ali and Flo Rida, he is a seasoned producer with plenty of tricks up his sleeve. With a slew of impressive originals via Bingo Players’ revered Hysteria Records, Carl Tricks has made a solid impact and personal mark on the electronic music scene over the past ten years, and shows absolutely no signs of slowing down!