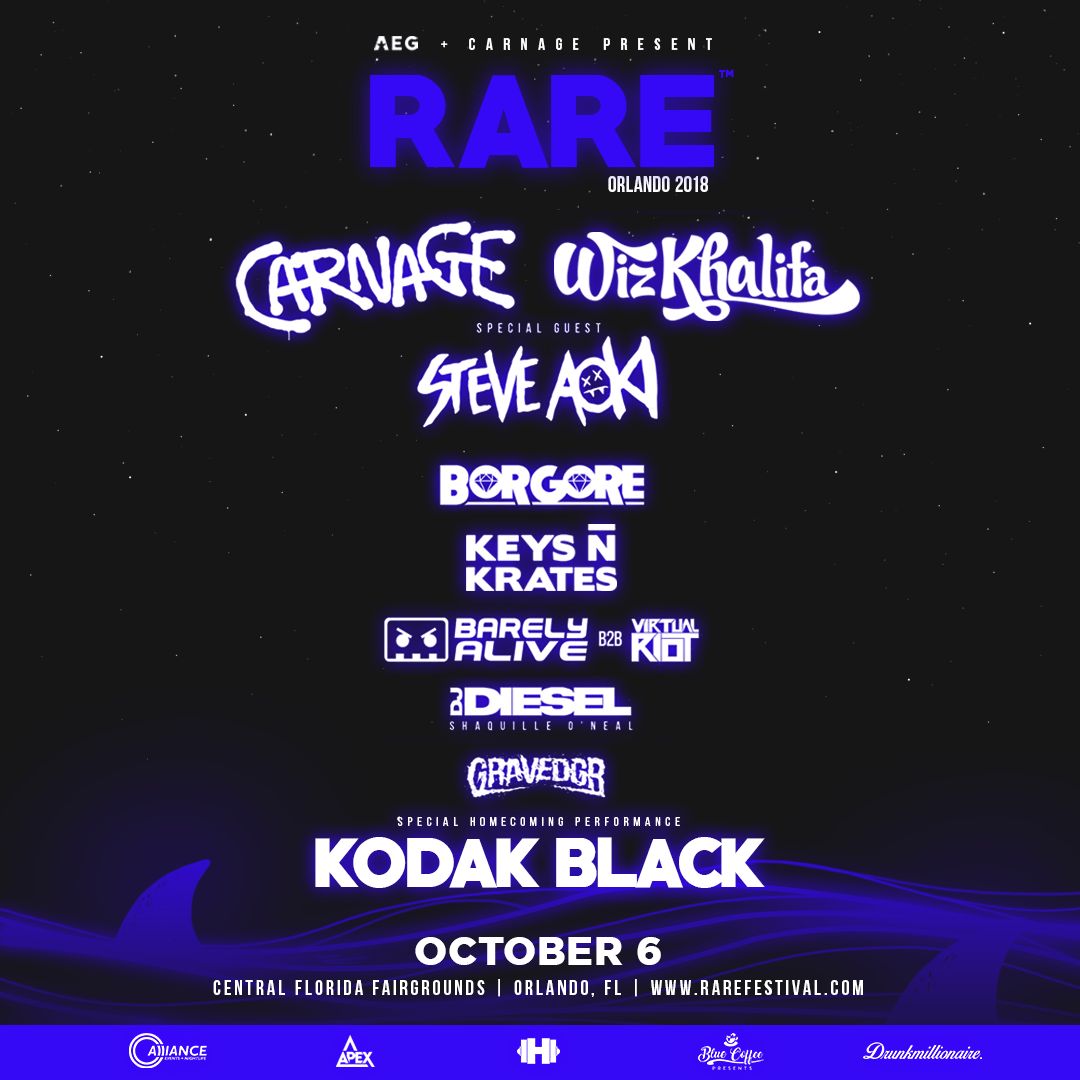 The announcement follows the recent release of Carnage and Sludge’s massive main stage banger “El Diablo”, a triumphant return to his trap roots. Cementing himself as a power player in both electronic and hip hop music with his latest album Battered, Bruised & Bloody, Carnage’s RARE lineup offers fans a genre-spanning festival experience.

The official RARE after party will be held on-site from 11pm to 3am, with headlining sets from Shaq & Friends. The event will also include amusement rides, art installations, and unique food and drink selections for the gathered attendees.

The festival will be held on October 6 at the Orlando Amphitheater in the Central Florida Fairgrounds. Tickets are now available for purchase at https://rarefestival.com/.